Burger King May Expand Impossible Burger to Entire U.S. in 2019 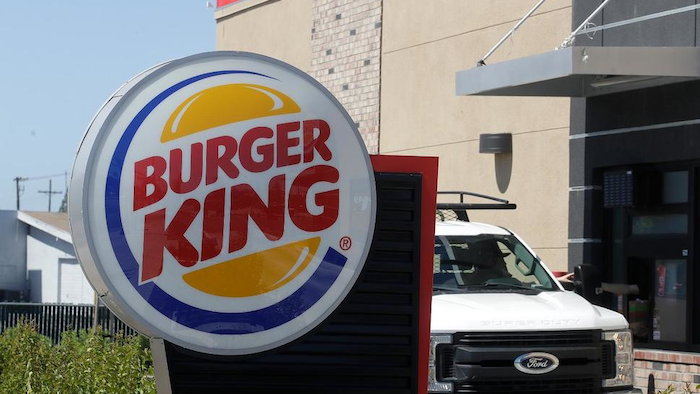 In this Thursday, April 25, 2019, photo a customer takes his order from the drive through window at a Burger King in Redwood City, Calif. Restaurant Brands International, the parent company of Burger King and Tim Hortons, reports financial results on Monday, April 29.
AP Photo/Jeff Chiu

TORONTO (AP) — Restaurant Brands International, Burger King's parent, said Monday that a month-long test of the Impossible Whopper at 59 restaurants in St. Louis has gone so well that it will start testing it in additional markets. The company said it may expand sales nationally by the end of this year.

Chris Finazzo, president of Burger King's North American operations, said during an earnings conference call Monday that the Impossible Whopper was attracting new customers. He said the chain will sell the Impossible Whopper out nationally if reaction in other test markets "is a strong as it was in St. Louis."

"It's really difficult to distinguish between the Impossible Whopper and the original Whopper," he said.

Burger King wouldn't say which markets will get the sandwich next.

The news was a bright spot in otherwise disappointing first quarter earnings for Restaurant Brands, which said its first quarter net income fell 9% to $135 million on weaker same-store sales growth.

The Toronto-based company reported net income of 53 cents. Earnings, adjusted for non-recurring costs like fees to a restructuring consultant, came to 55 cents per share.

The results missed Wall Street expectations. The average estimate of eight analysts surveyed by Zacks Investment Research was for earnings of 59 cents per share.