The Minneapolis-based maker of Cheerios cereal, Yoplait yogurt and other packaged foods posted revenue of $4.2 billion in Q3. 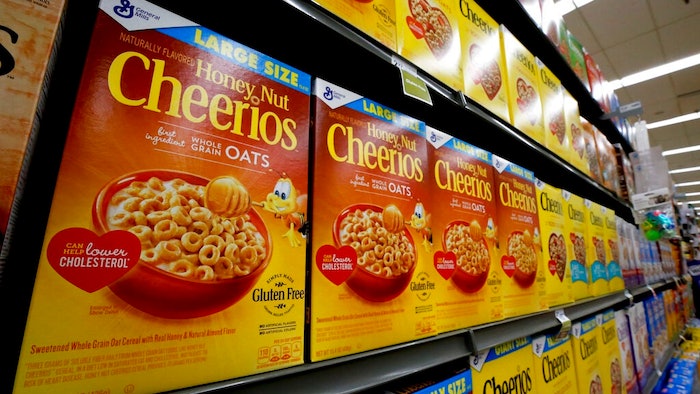 The results topped Wall Street expectations. The average estimate of eight analysts surveyed by Zacks Investment Research was for earnings of 69 cents per share.

The Minneapolis-based maker of Cheerios cereal, Yoplait yogurt and other packaged foods posted revenue of $4.2 billion in the period, also surpassing Street forecasts. Six analysts surveyed by Zacks expected $4.18 billion. Revenue was up 8 percent from last year, and on a constant-currency basis it grew 10 percent. Results include Blue Buffalo Pet Products which was acquired in April 2018.

Looking ahead, General Mills expects its adjusted full-year earnings per share to be flat to up 1 percent from last year's $3.11. Previously it forecast a decline of up to 3 percent.

General Mills were up more than 5 percent in premarket trading. The shares have increased 21 percent since the beginning of the year, while the Standard & Poor's 500 index has climbed 13 percent. The stock has fallen roughly 6 percent in the last 12 months.