The Minneapolis company said it will come in two flavors — caramel crunch and thin mint.

If you just can't get enough of Girl Scout Cookies, rejoice — you can soon have them for breakfast.

General Mills confirmed Monday that it will be introducing a limited-time Girl Scout Cookie cereal line in January. The Minneapolis company said it will come in two flavors — caramel crunch and thin mint.

Some of the proceeds are going to the Girl Scouts of the USA.

Girl Scouts said that it is using the deal to heighten awareness of its brand and program. Its popular cookies are normally sold for a six- to eight-week period each year.

The arrangement also benefits General Mills Inc., which like many of its peers, is trying to overcome a broader decline in cereal sales. Last year, it introduced limited time Star Wars-themed boxes of four of its popular cereals. And it even paired up with a craft brewery once to create a Wheaties-inspired beer.

General Mills said that this is the first-ever Girl Scout Cookie cereal and plans to reveal more information about the products closer to the launch date. 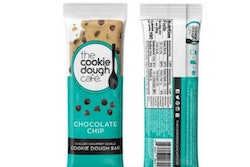 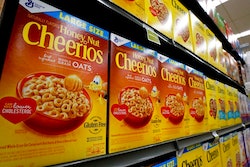 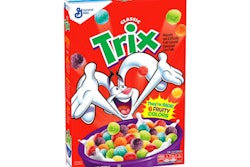