Traditionally, robots have performed a fairly limited set of repetitive functions, such as welding operations—over and over and over—that would drive a human completely crazy. Sure, they do it reliably, accurately, and repeatably while requiring much less downtime. The ability to perform given tasks on-demand or as-needed-immediately from a large, on-board reservoir of functions, however, isn’t something we’ve seen from robots except in the movies. Sure, a Roomba might be cool, but I’d much rather have a bot that’ll hold an exhaust pipe in pace while I tighten a clamp, fetch a short 3/8-in. ratchet with a deep 10 mm socket, or retrieve from an adjacent wall the part that I just made the bench grinder shoot across the garage—that kind of thing. Such flexibly capable and helpful bots, called partner bots, are coming, of course. Long before they’re helping us in our garages or driveways, though, they’ll ‘be assigned to help the elderly and others get around in everyday life.’

According to this interesting read at The Japan Times, Toyota’s aiming to be a leader in partner robots. In Japan, ‘the government is banking on robotics as a growth industry in a society that is aging at a faster pace than any other industrialized nation’ which, of course, means that partner bots could be monetized in that environment. For instance, said Akifumi Tamaoki, general manager of Toyota’s partner robot division, at a recent Tokyo robot show…

“We are preparing for a future in which people may not be able to drive cars, or they may need artificial intelligence to support them to drive, and once they get off their cars they may need help from partner robots,”

It makes perfect sense that automotive companies with vast and deep pools of engineering, design, manufacturing, and programming experience would move into partner robots—especially considering recent work on autonomy. Actually, it seems to make more sense that automakers get more into robotics and autonomous tech instead of the other way around with Google and Apple building (what I envision to be cringe-worthy) cars.

Drones continue making for negative headlines and even new regulations here in the U.S., thanks to opportunistic and/or careless, privacy-invading, flight safety-compromising operators. Japan seems to be splitting that curve and creating a new path that puts drones in a positive light.

The country’s biggest security company, Secom, has released a drone that will take to the air when security equipment detects suspicious personnel or vehicles on large properties. The security drone takes snapshots of intrusive elements (taking general images while attempting to capture vehicle license plates or human faces) and sends them back to a Secom security center, potentially reducing response time as compared to the deployment of human security guards.

According to this worthwhile read at NetworkWorld…

The drone takes off from a dedicated launch pad that includes a recharging system. The launch pad will cost ¥800,000 (US$6,575) and the drone carries a monthly rental fee of ¥5,000.

It's being promoted as an alternative to fixed security cameras, because of its ability to fly anywhere on a property and take pictures from a variety of angles.

While the above Secom drone certainly has serious industrial uses, new drone capability from China’s DJI ups the ante to thermal-image anything at a facility that could be operating out of acceptable temperature ranges. According to this interesting article at Gizmag, the Zenmuse XT thermal imaging camera, developed along with FLIR, is designed to integrated specifically with DJI’s Inspire 1 and Matrice M100 drone platforms…

Along with associated software, also developed by FLIR, the powerful, drone-based solution could, for instance, help farmers grow crops more efficiently, or assist emergency operations in determining the spread of fires. Giving users better, faster insight into the well-being of power generation and transmission equipment also comes to mind.

Okay, while the U.S. Navy’s new Zumwalt-class destroyer looks amazingly futuristic compared to naval destroyers of recent decades, its tumblehome hull design has been ‘common on wooden warships for centuries,’ according to this particularly interesting Wikipedia article.

It can be seen as well in steel constructed warships of the early 1880s when the United States and most European navies began building steel warships. France was predominantly strong in promoting the tumblehome design in their warships, advocating tumblehome to reduce the weight of the upper deck, as well as making the vessel more seaworthy and creating greater freeboard.

Plans and budgets for Raytheon’s Zumwalt-class destroyers have been in-place for many years. So, why haven’t we seen one built and underway until now? Well, they’re expensive at $3+ billion a pop (That was several years ago.), and there seem to be concerns about the design’s stability. According to this enlightening, somewhat technical 2007 article at Defense Industry Daily…

“At least eight current and former officers, naval engineers and architects and naval analysts interviewed for this article expressed concerns about the ship’s stability. Ken Brower, a civilian naval architect with decades of naval experience was even more blunt: “It will capsize in a following sea at the wrong speed if a wave at an appropriate wavelength hits it at an appropriate angle”… “

Despite such concerns, which are often attributed to change resistance, the Navy’s gone ahead and built it. Here’s the USS Zumwalt, DDG-1000, at sea. Granted, it’s a very calm sea…

Also, apparently, the DDG-1000 wouldn’t have been viable without what must be incredibly complex active stabilization systems. 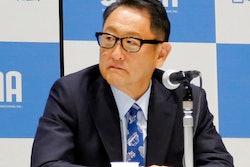 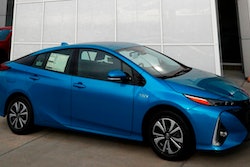 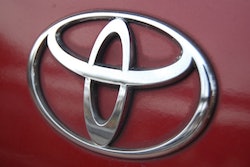