When Google began unleashing their driverless vehicles on the highways and byways of the western U.S in 2009, it understandably generated a tremendous amount of interest. Less publicized is global automotive engineering firm IAV.

With offices in the U.S and Germany, the 6,000-employee company is taking a different approach to their automated vehicle prototype. IAV, which recently partnered with Microsoft in developing their system, points to how they’ve addressed a couple of the most significant flaws widely associated with Google’s approach.

See, when it comes to the sensor and camera technology for detecting moving objects like people and other vehicles, the current offerings are legit. In IAV’s opinion, a vehicle’s ability to react to changing infrastructure and traffic lights are the areas where greater improvement is needed for autonomous vehicle technology to move forward.So instead of relying on mapping technologies that can become dated, IAV is using embedded sensors and cameras to not only guide the vehicle, but collect data from its surroundings.

This information is sent to a cloud-based server that updates its database and sends this updated information back to the vehicle in real time every 60 seconds.If the vehicle doesn’t receive up-to-the minute updates about its surroundings from the central server, operation automatically shifts back to the driver.

IAV admits that some signal transmission capabilities need to be refined, like improved communication in dense urban settings and in rush hour situations where communication to and from a number of vehicles in close proximity must be accommodated.

To paraphrase a line from The Dirty Dozen, if you asked anyone outside of the automotive community about IAV, their response would probably be “Never heard of it”. Just as these two companies differ in notoriety, so too do they seemingly differ in approach. For more details about IAV and their approach to the autonomous vehicle, click here. 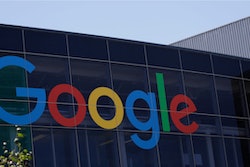 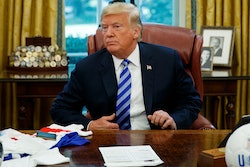 Google Pushes Back on Trump

Google to Give $1B to Education