A collaboration with Microsoft, a legacy of global automotive engineering and a real-time data exchange could make IAV the leader in driverless vehicle technology

When Google began unleashing their driverless vehicles on the highways and byways of the western U.S in 2009, it understandably generated a tremendous amount of interest. It was the perfect blend of futuristic tech and a company with an escalating impact on more daily activities than possibly any non-government entity ever has.

Less known, but just as prominent, automotive engineering firm IAV has worked with nearly every vehicle OEM on the plant since their founding in 1983. So if you depend on automotive transport in any way, then they too have probably had a positive impact your daily routine. The German company’s experience ranges from drivetrain and engine performance to onboard electronics and enhanced vehicle safety.

IAV can also tout early involvement in the development of electric vehicles for Volkswagen, and in 2007 they built a futuristic concept vehicle that proved capable of maneuvering city traffic without driver assistance. Ever on the outlook for new trends in which to inject their expertise, IAV saw an increasing desire for vehicle-based internet connectivity, and the applications such technology could enable.

The 6,000-employee company, with offices in Germany and the U.S., works with clients from the initial idea stage through production. However, usually it’s a client that approaches them with the initial idea. In this instance it was IAV that instigated the creation of a safer automated driving system that could leverage expanded vehicle connectivity.

This meant IAV needed a partner that could help develop a scalable solution suitable for the entire automotive universe. IAV’s first milestone in creating a safer automated vehicle concept was developing a collaborative relationship with Microsoft.

At Microsoft’s recent Envision event Benedikt Schonlau, IAV’s head of vehicle safety functions, spoke with a level of excitement commensurate with discussing a concept like autonomous vehicles. However, his tone, while upbeat and positive, was steadied by a reality of where this technology truly lies. This proved to be an accurate introduction to the approach IAV is taking.

Instead of playing up the obvious “cool” factor, he pointed out a couple of key flaws in Google’s approach, as well as the areas in which work still needs to be done before autonomous driving is, indeed, viable.

When it comes to the sensor and camera technology that is available to detect “moving objects”, i.e. people and other vehicles, IAV feels the current offerings are legit. Already in place with a number of newer models, the ability for the vehicle to react accordingly in avoiding crashes or collisions is not as big of a concern to IAV as the manner in which the vehicle reacts to changing infrastructure, route deviations caused by construction or weather, or some of the well-documented concerns arising from traffic lights.

So instead of relying on mapping technologies that can become dated, IAV is using embedded sensors and cameras to not only guide the vehicle, but collect data from its surroundings. This information is sent to a cloud-based network that updates its geographical database and sends updated information back to the vehicle in real time, every 60 seconds.

A global dynamic mapping convention is used in providing regionally specific data. And if the vehicle doesn’t receive up-to-the minute updates about its surroundings from the central server, operation automatically shifts back to the driver.

With a cloud-based data transfer network at the core of its approach, IAV admits that some signal transmission capabilities need to be refined. This includes ensuring communication in dense urban settings, and in stressful rush hour situations where traffic is heavy and mass amounts of communication to and from a number of vehicles in close proximity must be accommodated.

However, Schonlau feels that the area in greatest need of improvement is a vehicle’s ability to demonstrate reliable traffic light readings. For IAV’s prototype, cameras are located in front of the rear view mirror on the windshield and near the front headlights. When it comes to “seeing” the traffic lights, current camera technology still struggles with determining the differences between red and yellow traffic lights during foggy, rainy or overly sunny conditions.

One potential solution would be embedding a wireless signal from the light to the vehicle. However, due to the amount of potential interference, a cellular network won’t work, nor will other machine-to-machine protocols.

A possible answer is the IEEE 802.11p protocol, which, although initiated to specifically address vehicle communication challenges, is still struggling to handle highly congested traffic scenarios. Another option could be Visible Light Communication, but VLC has only proved reliable for short-range applications. Still being investigated is using the two technologies together.

Google sees the use of historical, branded data as a way to simultaneously navigate vehicles and give people more of what they seem to want – greater opportunity to use Google products and services for both professional efficiency and personal enjoyment. IAV wants to capitalize on technology that’s been developed and enhanced by a number of players in improving the safety and performance of transportation. While this technology might be a decade away from practical implementation, the race has begun, and it will be intriguing to see who finishes first.

To paraphrase a line from the movie The Dirty Dozen, if you asked anyone outside of the automotive community about IAV, their response would probably be “Never heard of it”. Google, on the other hand, is obviously a household name. Just as these two companies differ in their notoriety, so too do they seemingly differ in their approach to autonomous vehicle developments. 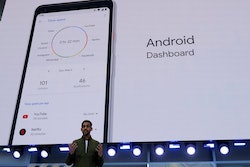 Google to Give $1B to Education 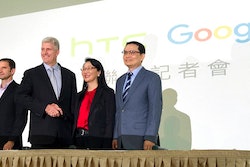 Google Spends $1.1B on Engineering Firm