It didn't just lose the top spot, but it fell dramatically.

The Ford Mustang is a quintessential American muscle car and that distinction isn’t going away anytime soon. But the vehicle now has to contend with no longer holding the title of “Most American-Made Car.”

American University’s Kogod School of Business just released its annual Made in America Auto Index. Last year, the manual transmission Ford Mustang topped the list. But this year, that model has fallen to number 22 on the list. That’s because Ford began sourcing the vehicle’s transmission from Mexico.

Despite the Mustang’s fall in the rankings, the Ford Motor Company still controlled the top two spots on Kogod’s list. The Lincoln Corsair – along with its plug-in hybrid version – came in tied for first with 72 percent U.S. and Canadian parts and a U.S.-made engine.

Rounding out the top three is the long range Tesla Model 3, with 65 percent of its content coming from U.S. and Canadian sources, and the Chevy Corvette Sting Ray, with 62 percent. Tesla managed to get five models into the top ten while Chevy landed the Colorado in the top three and the Camaro AT at number nine.

Looking back 10 years, Kogod said its list in 2013 was mostly made up of models from the Big Three – Ford, GM and Chrysler, prior to its merger with Fiat to create Stellantis. Despite the changes in weighted rankings for Stellantis, the automaker still makes a good showing in the American-made list. Non-American automakers have also moved up the list in the past decade. Kogod said the Toyota Avalon was the only non-American vehicle in the top 10 on the 2013 list. But this year’s rankings finds Honda landing several models in the top 10 along with models from Toyota, Hyundai and Kia making the top 25.

Kogod’s list uses seven criteria for determining the most American-made vehicles: profit margin; labor; R&D; inventory, capital and other expenses; engine; transmission; and body, chassis and electrical components. It doesn’t consider reputation or public perception. Which means vehicles like the Honda Passport can make the top 10 while the Ford Mustang MT out of the top 20. 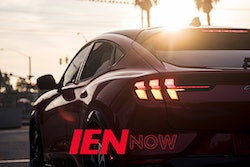 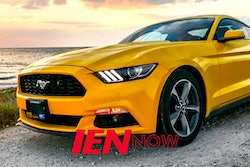 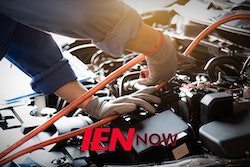