Why Are Street Lights Turning Purple?

A factory malfunction is raising eyebrows in the U.S. and Canada.

Streetlights aren’t shining like they used to, confusing those out for a drive or a stroll.

According to Canadian Broadcasting Corporation, reports have surfaced about some LED streetlights in the U.S. and Canada turning purple. Some spectators are saying light blue, indigo and black. Whatever the hue, these streetlights definitely look different from the traditional white we’ve come to recognize.

Affected locations in the U.S. include Wisconsin, Iowa, Kentucky, Nebraska, Kansas and North Carolina. In Canada, British Columbia’s Ministry of Transportation said it replaced about two dozen streetlights on Vancouver Island, and Manitoba Hydro said it tended to nearly 1,000, with 750 more needing attention.

The City of Vancouver put to rest any wild theories of rogue Vikings, Mace Windu or Prince fans infiltrating the streetlights and classified the abnormal development as the result of a manufacturing defect. According to the city’s engineering department, “there is a coating on these fixtures that has failed.”

While people associate a bright white with streetlights, the purplish hue they see now is the LED’s actual color.

A president and CEO of an LED fixture manufacturer in Ontario, explained that LEDs are never just white at their base. Instead, it is the phosphor coating that makes the light glow white.

Citizens in North Carolina expressed concern when they saw similar occurrences, but a spokesperson of a local energy company offered a similar explanation and said that while it results from a factory malfunction, they are not dangerous and put out the same amount of light. 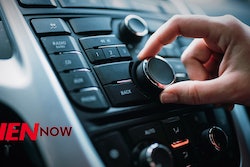 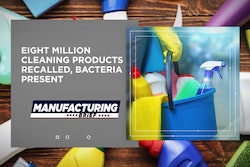