The first working prototype will be unveiled on Friday.

It sounds like Tesla already has plans for the humanoid robot that it’s been developing.

A recent job posting for a role described as “Motion Planning & Navigation, Tesla Bot” reveals some of the company’s ambitions.

The listing describes the bot as humanoid and bi-pedal, saying it will “automate repetitive and boring tasks.”

The company’s job post also describes a future vision of scaling to “thousands of Humanoid Robots within our factories.”

The first working prototype of Tesla’s humanoid robot is reportedly set to be unveiled at AI Day on September 30.

Tesla’s previous attempts to present the prototype were panned when it was discovered the “bot” was actually, at that point, a human in a robot costume. 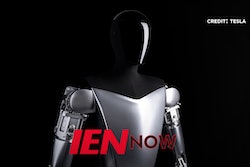