The 'Hound' breath test utilizes single-use cartridges and could provide a result in 20 minutes.

Cannabis is now legal for adults in 18 states. In 36 states, medical-use cannabis is legal in some form. As restrictions ease, workplace drug testing is changing on a fundamental level.

A recent report from Quest Diagnostics found that the manufacturing and logistics industries have seen steady increases in drug positivity rates every year since 2017. In transportation and warehousing, positivity for marijuana has more than doubled over the last five years. Every industry tracked by Quest saw an increase in positive cannabis tests despite, according to NORML, about one-in-ten employers dropping drug tests to try and attract new workers.

According to Nina M. French, president of employer and law enforcement solutions at Hound Labs, drug testing in the workplace is all about deterrence. Testing throughout employment is about risk mitigation, and it was a key tool in deterring cannabis use at work. But now, employers have to balance safety at work with legal cannabis use. THC is detectable in oral tests for 24-48 hours and urine for up to 67 days. Recreational use will only increase with further legalization, and the best answer seems to be the weed breathalyzer.

Back in 2019, Hound Labs completed clinical trials of what has been called the "world's first" marijuana breathalyzer, the Hound solution. And now, the Hound breathalyzer is preparing to enter the market. According to French, employers could use the device in several ways:

The Hound breath test has been under development since 2014. The company holds 14 patents, with 20 or so still pending. Since THC only lasts in breath for several hours, you're likely good for your 7:00 am shift if you stop at midnight.

The Hound breathalyzer uses single-use cartridges and provides a result in 20 minutes. A handheld device collects the sample, which is then plugged into a base station for analysis.

Hound Labs is planning to be in the market by the end of 2022 and already has a long waitlist. Supply chain problems have given Hound Labs difficulty in ramping up production. The device is currently manufactured in the U.S., but the company is looking at all options to speed time-to-market.

According to French, the Hound solution can help every kind of employer, large and small, preserve talent. Employees want to consume cannabis and know that they won't be penalized, said French. No one wants to be fired for something they did off the clock. 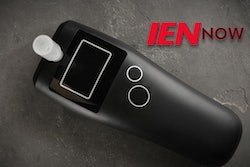 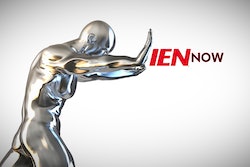