The vehicle’s overall energy consumption would dwarf that of a comparable Tesla.

Mercedes-Benz started off the new year with a dramatic declaration of its intentions in the electric vehicle segment.

The German automaker on Monday unveiled the Vision EQXX, a sleek, four-door electric sedan prototype that would set a new standard for EV range.

Company officials said the EQXX is able to travel more than 600 miles per charge.

Mercedes plans to test-drive the prototype in coming months, and some of its components could be available in two to three years.

It’s unclear, however, when the unprecedented 600-mile range would be available in a passenger vehicle. 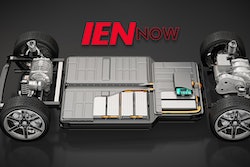