A hiker first noticed that the stream had a funny smell.

A hiker noticed that a stream on the island of Oahu in Hawaii had a funny smell a few weeks ago. One person said it smelled like a beer pub that hadn't opened its doors for days.

The potential pollution was tested by Hawaii News Now at an independent laboratory, which found that 1.2% of the water was booze. The lab also found .04% sugar.

According to the Department of Transportation, the contamination was traced back to a storm drain and eventually to Paradise Beverages, the largest alcohol distributor in the state with a network of warehouses throughout the Hawaiian Islands. One of its warehouses is across the freeway from the stinky stream in Waipio, about 15 minutes northwest of Honolulu.

The Department of Health says the leak has stopped and Paradise is working with local authorities to try and figure out the source of the spill.

Carroll Cox, the environmental activist who reported the smell after being alerted by the hiker, said the contamination is disturbing. He told Hawaii News Now that, "It makes you want to pull your hair out, and I don’t have much left.”

Cox isn't surprised by the contamination. He told the Washington Post that he has also found streams contaminated with paint and cement. 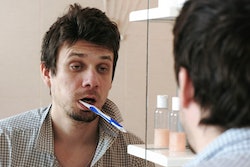 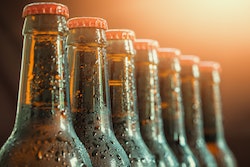 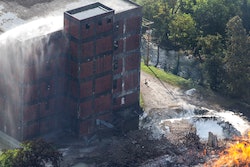