Hypersonics are too expensive.

This test involved a Hypersonic Air-breathing Weapon Concept (HAWC) missile. The HAWC’s engine got it to as fast as five times the speed of sound, about 3,853 miles per hour. It was a monumental moment for hypersonics, which are expected to be the new frontier for advanced weaponry.

But now, Reuters reports the Pentagon is saying hypersonics are too expensive. It requests defense contractors cut the ultimate cost of such weapons as a unit can cost tens of millions.

Right now, the United States utilizes cruise missiles for attacks deep in enemy territory. They are cheaper, costing $5 million per unit, but do not match up against hypersonic weapons due to slower speed, smaller range and a higher likelihood of being detected.

Despite the request for lower cost, the Pentagon’s budget request for hypersonic research in the 2022 fiscal year did increase to $3.8 billion. A year prior, it was $3.2 billion.

Under Secretary of Defense for Research and Engineering Heidi Shyu said, "If things start to progress in success stories and as we start to buy more than onesies twosies, the price curve will come down."

The United States is not alone in its testing of hypersonic missiles. Back in July, Russia announced a completed test for a Tsirkon (Zircon) hypersonic cruise missile. 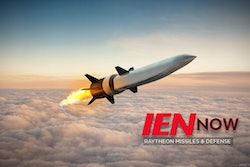