In 2019, Lockheed Martin announced that its Sikorsky helicopters division would close a plant in Sadsbury Township, Pennsylvania, a western suburb of Philadelphia.

At the time, the company cited a tumble in orders from the oil & gas sector, an industry that was dealing with tumultuous prices. As a stopgap, then-President Trump, along with local officials, cobbled together a plan that would allow the plant to help finish the powerful Marine One helicopters that shuttle the commander in chief.

While the solution worked for a period of time, it appears it was a short term fix as Lockheed Martin has just confirmed that plans to shutter the factory are back on, and it will officially close in March of 2022.

A downturn in the commercial helicopter sector is being blamed for the plant’s ultimate demise, and Sikorsky says it will move any remaining production work to other Lockheed Martin facilities. 120 workers will reportedly be offered transfers, while 240 are expected to lose their jobs. According to the Philadelphia Inquirer, the company aims to “ensure training and reemployment opportunities for all existing employees.”

U.S. Rep. Chrissy Houlahan, whose district includes the helicopter plant, told the Inquirer in a statement that “After spending the last two years working with Lockheed Martin, White House officials in two administrations, and state and local partners to find ways to enable the plant to continue operating...” [she was] “frustrated and disappointed that we find ourselves here.”

Sikorsky used a state grant to expand the plant in 2014, and it’s one of several helicopter plants in the region. Gary Smith, head of the Chester County Economic Development Council, called the closure “a significant loss for the region.” 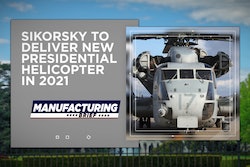 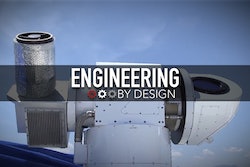