And it didn't help that the gas mechanic got stuck in traffic.

On February 6, 2019, an excavator operator working for Kilford Engineering was digging a trench to install fiber optic conduit in San Francisco. The mini excavator's bucket struck a Pacific Gas & Electric Company (PG&E) 2-inch branch connection which caused a leak and ignition of the natural gas main. While no one was injured, the blaze reached more than three stories high, burned for more than two hours and torched five buildings and a restaurant. The damage totaled more than $10 million.

The San Francisco Fire Department was on scene within five minutes and focused on containing the fire while PG&E worked to isolate and shut down the gas pipeline line. About 100 people were evacuated, and PG&E had to shut off natural gas service to 328 customers. It took PG&E nearly two and a half hours to isolate the damaged pipelines. Once they did, it only took the fire department two minutes to put out the fire.

To isolate the affected pipeline, PG&E had to cut off six street-level valves at various points in the area and mechanically squeeze off a 4-inch polyethylene main. At the time, many questioned what took the utility so long.

​​A new report from the National Transportation Safety Board (NTSB) found that the accident's probable cause was Kilford Engineering's failure to follow safe excavation practices. ​

However, according to the NTSB's investigation, the fire burned for so long due to a 50-minute delay in finding the street-level valves PG&E needed to close to stop the gas flow. PG&E failed to include detailed location information into the software program used to develop its valve isolation plan before the accident.

Another problem? PG&E's gas mechanic got stuck in traffic. While a PG&E supervisor asked for a police escort from a nearby police officer, the request was denied. According to the NTSB, the request should have been made from PG&E headquarters to 911 dispatch. Despite the traffic problems, the NTSB says that the delay didn't cause the fire to burn any longer, though it reprimanded PG&E for failing to follow its own policy.

After the accident, California created the Dig Safe Board, which has started to enforce damage prevention laws. The state didn't have an enforcement program at the time of the accident. 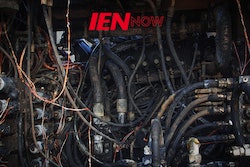 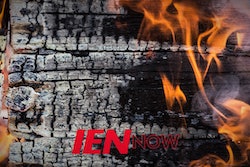 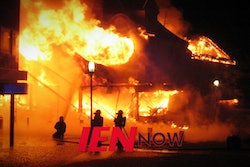