On Friday, Panasonic announced the sale of its stake in Tesla. The move netted the conglomerate around $3.61 billion.

According to Reuters, Panasonic wants to reduce its reliance on the EV automaker and use the money for growth investment.

Tesla and Panasonic have partnered on EV battery packs since 2009.

However, Tesla has been developing new battery technology in-house, which it plans to implement it in a new, cheaper car selling for $25,000.

CEO Elon Musk says that the new batteries won't be ready for high-volume production until 2022, bumping the more economical Tesla into 2023.

Despite the in-house advancements, Musk has stated that Tesla will still rely on Panasonic for EV batteries. 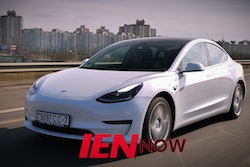