And it's surprisingly cool and futuristic.

Remember Segway? Of course you do. The safer, dorkier precursor to hoverboards had a short moment in the sun, and a long moment since shuttling tourists through historic districts in cities across the world.

Unfortunately for Segway, it never really took off as commuter transit. What was once pegged as an alternative to a scooter or a bike fell a bit flat with consumers. Some blamed its price, others its distribution and a lack of targeted marketing. Still others said it failed because its design didn’t fit into existing regulatory categories, so it wasn’t permitted on sidewalks or bike paths. Whatever the reason, it seems the Segway brand has found its niche in tourism and that’s where the story ends.

Except… Segway recently revealed that the company is making progress on a new form of personal transportation and, believe it not, it’s a hydrogen-powered motorcycle… and it’s not even a little bit dorky.

Turns out Segway, whose namesake product went out of production in 2020, has its hands in producing other modes of transportation including scooters, mopeds and ATVs. But it’s latest effort is so cool and futuristic it was described by InsideHook as looking “like a prop from Blade Runner.”

Unveiled recently in China, it’s called the Apex H2 and this bike is designed to max out at 90 mph, supported by 80 horsepower from a hydrogen-electric powertrain. It reportedly goes 0 to 60 in four seconds. The electricity comes from hydrogen that’s stored in swappable, pressurized canisters

The expected price in China equals out to about $11,000 US dollars and while this is just a concept, Segway has been previewing it since 2019, which indicates it could come to fruition at some point in the near future. Or… it might not. As several reporters have pointed out, there is not much hydrogen infrastructure to speak of in the US, meaning this vehicle could be way ahead of it’s time if it were to ever reach American buyers.

Which reminds me of another vehicle that was often pegged as innovative, but ahead of its time: the Segway. 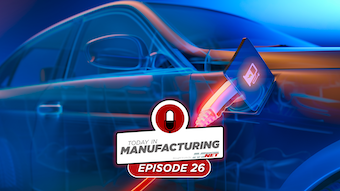