The pandemic has increased demand for motorcycles, just not new ones.

Harley-Davidson has a problem, and it’s one many of us have: there’s something about Gen Z it just doesn't get.

But for Harley, it’s more than just a disconnect with the TikTok generation: The last time Harley reported the average age of its customer, it was 48… which means Harley isn’t reaching Millennials either. And the results of this gap means America’s most notable bike brand is struggling big time to broaden its niche.

One of the problems Harley has encountered over the years is the shrinking market share for its big, pricy bikes as they compete against smaller and cheaper options. So Harley is taking a new approach, and when you hear some of the details in a recent Reuters report, you’ll wonder what took so long.

Reuters says Harley is embarking on a new certified pre-owned program where the company will push lightly used bikes with a 12-month warranty as well as offer financing. According to the report, some dealers have said that used bikes are outselling new ones at a margin of 3-to-1, and that the pandemic has actually increased demand for motorcycles -- just not new ones. In fact, the demand for pre-owned Harleys was described as “a drag on the company’s retail sales” which, by the way, have declined 40 percent since 2014.

So besides going after buyers in different demographics and price points, Reuters says the program will offer another key benefit to Harley: they won’t need to invest in “engineering and manufacturing new lower-cost bikes, which tend to have lower profit margins.”

Will it work? More than 300 dealers have reportedly expressed interest in the program so far and with an April launch planned, Harley can still capitalize on the need for a cooped up nation to hit the open road.

Besides all that, Harley seems to have finally taken a step towards addressing the competitive elephant in the room: Analyst James Hardiman was quoted as saying “The biggest competition for a new Harley-Davidson bike is not an Indian bike or a Honda, or a Suzuki bike, but is a used Harley-Davidson.” 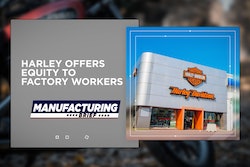 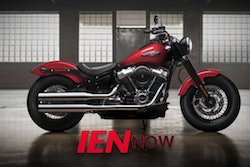 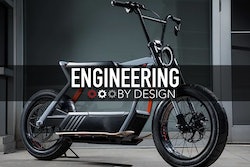