Walmart Is Firing its Inventory Robots

For once, robots are being replaced by humans.

The devices, built by a company called Bossa Nova Robotics, rove the store looking for stock-outs so humans can focus on more value-added tasks.

Yet despite industry-wide trends towards automation, Walmart has announced it will scrap the program.

Walmart called the program, which was being used in 500 stores, “one idea” of the many that were in testing.

The company says it will continue to assess new technologies and invest in its own processes to track inventory and get products on the shelves more quickly, says Reuters.

For now, the robots will be replaced with humans.

Walmart’s program generated unwanted publicity when it was reported that customers were known to kick the six-foot-tall robots.

It was also suggested that Walmart employees widely found them off-putting, and said they increased the monotony of the job. 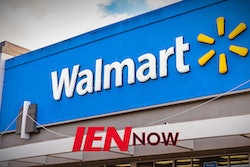