Festivities may be subdued, but candy certainly isn't.

Halloween falls on a Saturday for the first time since 2015, which would normally give us all the more reason to celebrate All Hallows Eve. But the pandemic has put a large damper on that.

However, despite the fact that COVID-19 is sure to limit the size and scope of the holiday’s festivities, candy sales are doing better than a year ago.

The National Confectioners Association has shared data collected by market research company Information Resources Incorporated that found total US Halloween chocolate and candy sales were up 8.6 percent year-over-year through October 4. Sales of Halloween chocolate, specifically, were up 12.2 percent. Earlier in October, Hershey said that retail sales through the end of September were up 19 percent year-over-year, and sales were up 15 percent at Ferrero.

And it’s not only Halloween that’s providing a bump to candy sales. IRI’s data showed that since March 15 — which is when stay-at-home and lockdown mandates went widespread across the country — total candy sales are up 4.3 percent, with chocolate up 5.7 percent and all other candy up 2 percent.

The Halloween candy consumption increase comes as millions of parents across the country have plenty of safety concerns regarding if they should let their children participate in trick-or-treating, given that it can involve groups of young kids grabbing candy in close quarters to one another.

According to the NCA, the Halloween season accounts for about $4.6 billion in confectionary sales each year, while a recent Harris Poll found that 74 percent of millennial moms and young parents say that this year’s Halloween is more important than ever.

Further yet, that same Harris poll found that 80 percent of the general public and 90 percent of millennial moms and young parents say they can’t imagine Halloween without chocolate and candy, and that trick-or-treating is irreplaceable. 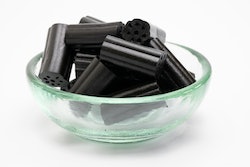 The Spooky & Dangerous Side of Black Licorice