A pair of whistleblowers have gone public regarding COVID-19 screening protocols at the JBS USA beef plant in Greeley, Colorado.

According to the Greeley Tribune, the two women were brought into the JBS plant to screen employees for COVID-19 after a coronavirus outbreak.

The women say that the provided screening equipment didn't function properly, employees had to pay out-of-pocket for tests, and visibly ill employees were encouraged to work.

Sarah-Jean Buck is a licensed medical assistant JBS hired through a temp agency, Medix, to conduct COVID-19 screenings starting May 10, 2020. Buck was only in the role for two months before she quit after she was scolded for not clearing a visibly sick worker.

According to the affidavit, Buck sent the worker home because she was symptomatic and couldn't afford to take the $100 COVID-19 test; workers had to pay for it if their insurance wouldn't cover it.

In the affidavit, Buck also says that supervisors helped employees come up with excuses for symptoms. For example, they asked workers suffering from a cough if they slept with the window open, which would justify the symptom.

In a statement to the Greeley Tribune, JBS disputes the "unsubstantiated claims from a disgruntled temporary employee." The company says its screening process has been reviewed and approved by multiple authorities, including the CDC.

Both former temp employees experienced temperature gun malfunctions at screening checkpoints, including inconsistent readings from 84.7 to 107 degrees Fahrenheit. Their concerns were brushed off by safety personnel. Buck even admits that she broke the gun by accidentally dropping it. Shes says that she couldn't read the temperature display, but was told to carry on.

The outbreak at JBS in Colorado infected 294 employees. Six workers died. On September 16, 2020, the United Food and Commercial Workers Union, representing workers at JBS, staged a protest outside of the plant after OSHA issued levied a $15,615 fine following the outbreak and deaths. The union called the fine "insulting" and "ineffectual."

Last week, the Colorado Department of Public Health and Environment officially declared the outbreak over at the meatpacking plant after no new COVID-19 cases had been linked to the plant for four weeks.

According to Reuters, JBS denied workers' compensation benefits to at least three dead employees. The company says the COVID-19 infections, and resulting deaths, were not work-related. The issue raises concerns as more Americans are returning to the workplace.

According to JBS, it has had only two positive cases in the past eight weeks and only 13 cases in May and June. The company says that its protocols and interventions, including screening processes, have limited potential introduction of COVID-19 into the facility despite ongoing community spread. 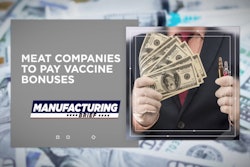 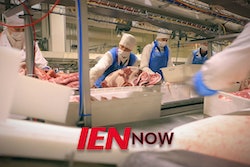