The owner says city officials allowed his business to burn.

The owner of a Minneapolis manufacturing company burned during the city’s riots over police brutality and racism says he hopes to rebuild — but that he will leave the city to do so.

Kris Wyrobek, the owner and president of 7-Sigma, blasted city officials in an interview with the Minneapolis Star-Tribune for failing to protect his business and employees as demonstrations over the killing of George Floyd by Minneapolis police turned violent.

7-Sigma employs about 50 people at its South Minneapolis plant producing a variety of industrial products — particularly rollers for high-speed printing presses. The plant, which had closed down early as the unrest escalated, was damaged by a blaze started at an under-construction apartment complex next door.

Wyrobeck alleged that city officials effectively allowed his business to burn, and that a fire engine “was just sitting there” while it happened. Mayor Jacob Frey acknowledged that the city was overwhelmed by the crisis, but told the paper that every fire truck was operating.

Wyrobeck said he was “cautiously optimistic” that 7-Sigma can eventually resume operations, but that it is “certainly not able to do that in Minneapolis.” The report did not indicate whether he intended to remain in the Twin Cities area.

The protests, meanwhile, spread to cities and communities throughout the nation and sparked widespread calls to overhaul local law enforcement. A majority of Minneapolis’ city council has committed to disbanding the city’s police department. 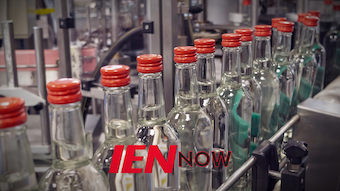 The company is assessing the damage and trying to determine the cause of the fire.
Nov 30th, 2020

The hope is to accelerate U.S. leadership in emerging automated aviation technology.
Nov 17th, 2020
Follow Us
Most Recent