Inspired by a political statement, a new system can identify and potentially ground incoming drones with audio, video and infrared sensing technologies.

Although it might not be the leading application of drone technology, it’s not far-fetched to consider how these devices could be used to capture sensitive production data or even proprietary design specs. So, for anyone interested in avoiding those miniature eyes in the sky, there’s Dedrone and their DroneTracker detection system.

The German company was founded in 2014 after a drone sponsored by the country’s Pirate Party crashed just feet from Chancellor Angela Merkel during a campaign rally. The Pirate Party did it to send a political message, but DeDrone founders saw an opportunity.

DroneTracker uses audio, video and infrared sensing technologies to locate drones from as far away as 1/3 of a mile, sharing the information it collects on any possible intruders via a wireless, cloud-based data platform. The embedded software allows the user to configure these sensors according to the size of the area being monitored and the manner in which they prefer to receive alerts or warnings of incoming drones.

Once DroneTracker identifies the drone in question, it can provide a great deal of information about it, including the frequency it’s operating on and whether or not its communicating with other drones in the area. This information is constantly updated by Dedrone’s DroneDNA – a sort of database embedded into the products’ software for keeping pace with the new types of drones constantly being developed.

Currently, Dedrone’s offerings are primarily focused on identifying the presence of a drone. However, in areas where they are legal, Dedrone works with a third party in providing signal jamming technology that should make drones as useful as Joffrey during an invasion of Kings Landing. 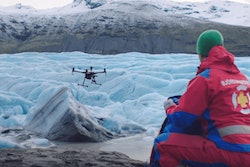 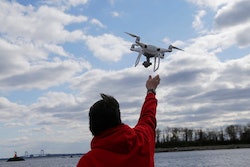 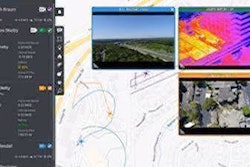