The shutdown could mean major disruptions.

Outside of its tremendous health impacts, the Wuhan Coronavirus has had measurable business impacts as well. China’s stock market is in the gutter, airlines are cancelling massive numbers of flights and supply chain issues are impacting companies across the world.

One of those companies, according to a Reuters exclusive, is Apple… but let’s allow for a little backstory.

Sales of the brand’s iPhone have been battered for the last year or so, causing concern among investors that the company relied too much on its signature product. But Apple’s Q4 earnings, announced last week, revealed that the iPhone was back – at least for now. Apple reported record earnings for 2019’s last three months and said overall iPhone sales grow by nearly 8% to $56 billion in the quarter.

But could Apple’s iPhone resurgence be short-lived?

Reuters says that Foxconn, the Taiwanese company that famously provides Apple and other tech giants with contract assembly work, is touch and go right now. China has forced companies to shutdown as it works to address virus concerns and Foxconn is currently out of production until February 10th. At least.

A source told Reuters that, if that shutdown is extended into another week that there would be some major disruptions to Foxconn’s customers. Reuters says the current shutdown has had minimal impact because Foxconn has been increasing capacity at other, non-affected factories in its global footprint, like those in Mexico and India. But Foxconn can’t do that for long, and its production hubs in several Chinese provinces are considered key to maintaining operations.

Morningstar analyst Don Yew told Reuters that he sees the impact as being limited, but would revise that position if the virus continues to spread throughout China.

In Hubei, the province of China where Wuhan is the capital city, Foxconn factory workers are being told not to return to work and “to report their health condition to managers on a daily basis.” According to a company memo viewed by Reuters, Foxconn said “employees who follow the rules will be paid as usual and those we fail to do so will be ‘severely’ punished.” 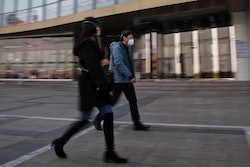 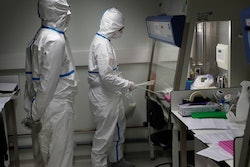 Virus Vaccine May Not Come in Time 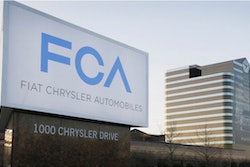