MILAN (AP) — Fiat Chrysler Automobiles said Thursday that while the virus outbreak in China posed no immediate business risk, production at one European plant could be affected if supply chains remain blocked.

The company said it has identified one European plant where production could be affected in the next two to four weeks if the Chinese supply chain continues to be blocked by the virus.

“There is no immediate impact on the group,'' the carmaker said in a statement. ”The group will continue to monitor the situation and continues to develop contingency plans to support its global manufacturing."

CFO Richard Palmer told an analyst conference call that "the potential coronavirus impact, as of today, is not quantifiable.''

The U.S.-Italian carmaker made the comments as it reported record fourth-quarter profits boosted by more than one-third by unprecedented sales of Ram trucks in the United States.

Fiat Chrysler, which is in the process of merging with French rival PSA Peugeot, reported net profit in the three months ended Dec. 31 of 1.58 billion euros ($1.74 billion), up from 1.17 billion euros last year.

CEO Mike Manley called 2019 ‘’a historic and pivotal year on many fronts.'' He cited its strengthened financial position, key product investments and the nearly $50 billion merger agreement with PSA Peugeot, which will be completed by the end of 2020 or early 2021.

Its North America division reported record adjusted earnings before taxes, depreciation and amortization of over 2 billion euros. It accounted for 97% of adjusted EBIT generated world-wide.

Based on the results, about 44,000 eligible employees represented by the United Auto Workers' Union will receive a profit-sharing bonus of $7,280. That brings to $36,000 the amount hourly employees have received in profit sharing over a decade.

The profits in American contrasted with losses in Asia and at luxury carmaker Maserati as well as declining profits in Europe and the Middle East. Outside of North America, only Latin America contributed to boosting quarterly profits, up 9% to 135 million euros.

Jeep volumes were down overall, despite an 8% increase in sales of Jeep Cherokee to 243,000 units. The division was looking to the new Jeep Gladiator, the brand's return to trucks, for future growth. The Gladiator's Super Bowl advertising featuring Bill Murray reprising his role in ‘’Groundhog Day,'' has won accolades.

Still, 2019 global deliveries were down 9%, to 4.4 million units, which Fiat Chrysler said was due to dealer stock reductions in North America and Maserati, which is up for a relaunch this year. Deliveries also were hit by lower shipments by the joint venture in China along with discontinued models in Europe, namely the Punto and Alfa Romeo Mito.

The company confirmed 2020 guidance of adjusted earnings before taxes, depreciation and amortization above 7 billion euros, and industrial cash flow of more than 2 billion euros.

Manley said that the PSA Peugeot merger should help accelerate turnaround plans in Europe, where the carmaker is moving to renew its aging showroom with launches this year of a new Fiat 500 as well as plug-in hybrid versions of the Jeep Compass and Renegade. 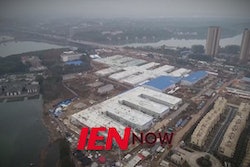 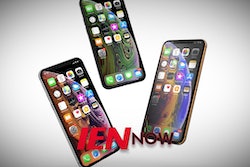