The turnaround strategy worked ... too well.

It looks like Adidas isn’t just for Run DMC anymore.

The company is having a banner year, dazzling investors by beating forecasts in the first quarter, though its explosive growth has an unwanted bedfellow -- supply chain problems that are limiting the company’s ability to meet demand.

It all started in 2016, when Adidas initiated a turnaround strategy, pledging to focus on growing the brand in China and… it worked. Sales were reportedly up a whopping 40 percent in China where the brand’s popularity continues to boom. Besides betting big on China, the sportswear giant has also put up some cash to target high profile celebrities, including its announcement earlier this year that it would partner with Beyonce on a sportwear line. Beyonce. Ever heard of her?

Actor Donald Glover is also engaged in a partnership on a shoe line that emphasizes a well-worn look -- with uneven stitching and laces specifically designed to fringe over time. The market for pre-worn-looking sneakers must be hot? ... though Adidas won’t say which products are being impacted by its supply chain issues, or what types of issues they are.

CNN is calling it “a good kind of problem,” but the reality is this issue is truly limiting growth for the company. Its Q1 performance, though explosive, was restricted due to the inventory issues and Adidas says it expects it to knock as much as two points off growth for the rest of the year.

Meanwhile, the company is doing its best to scale to match growth. Adidas is doubling the size of its Oregon headquarters, creating space for about 1,000 new jobs. 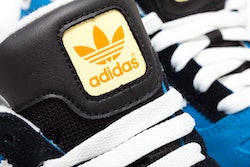 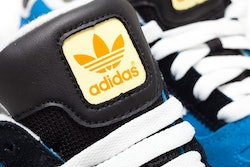