Hasbro, Mattel Will Save Toys R Us Because They Have To

The retail toy chain is facing some real, adult problems.

Many of us remember the jingle: “I don’t wanna grow up; I’m a Toys R Us kid.”

Well, the longstanding retail toy chain showed us this past week that it better grow up fast because it has some real, adult problems it’s facing: the company announced on September 18th that it would be filing for bankruptcy protection.

But despite shouldering more than $5 billion in debt, it seems the situation is not as dire as it sounds. And here’s why – Toys R Us has some heavy hitters in the toy business that are willing to prop the business up because it’s that important.

Manufacturers like Hasbro and Mattel sell tons of product through Toys R Us, which is essentially the last remaining retail chain that’s exclusively focused on toys, according to Bloomberg. Without them, the entire toy category is likely to see a major hit as they struggle to stand out in general merchandisers like Amazon and WalMart.

A Moody’s analyst told Bloomberg that manufacturers need a place to sell their products at full price, year-round. It’s likely these key suppliers will continue to provide Toys R Us with exclusive products and also money to fund promotional campaigns – as well as offering price flexibility, in some instances, to help Toys R Us compete with WalMart and Amazon.

So will more manufacturers carry the weight of retail in other industries? Bloomberg says they already are, citing Best Buy as another example of a “last man standing” retail outlet after consumer electronics competitors Circuit City and HHGregg both went belly up. Feeling the heat of online merchandisers, Forbes says Best Buy shifted some of its cost burden to manufacturers when it began offering “stores within a store” showrooms to companies like Samsung and Microsoft. 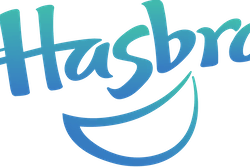