At the company’s Pawtucket, Rhode Island headquarters, a giant Mr. Potato Head greets visitors with a frozen wave. I’ve never been there before, but I can only assume Hasbro employees spend their days making brownies in their Easy Bake Ovens before retiring to the conference room for a Battleship tournament.

Imagine my stunned surprise when a newly filed class action lawsuit against Hasbro completely obliterated that vision and, instead, suggests that Hasbro’s executives have been quietly violating federal securities law.

According to Rhode Island’s Providence Journal pension funds holding Hasbro stock are suing the company in a class action suit, alleging the company misled investors about the health of the company.

One of the big issues stems back to Hasbro’s relationship with the now-defunct Toys R Us. The lawsuit says Hasbro’s executive team downplayed the impact of losing this major retailer as part of its sales channel, and also misled investors over soft business conditions in some international markets like the UK and Brazil.

And while the company was reassuring its investors, the suit alleges, its executives were unloading stock at a price that was inflated based on the bad info. In total, nine executives sold off $147 million in personally held stock.

The lawsuit says losses the pension systems sustained from April through Oct of 2017 were a direct result of the company’s failure to disclose key facts.

A Hasbro spokesperson says the claims have no merit and that the company plans to defend them vigorously. Unfortunately, battling the suit isn’t the only problem the toymaker is playing with right now.

In October, Hasbro said there were “difficult” changes underway, resulting in the impending layoff of “up to 10%” of the company’s 5,400 workers. In a third quarter earnings release, the company’s sales were down about 12 percent and this time they had no problem pointing fingers, saying the downfall of Toys R Us was a big contributing factor. 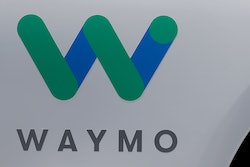 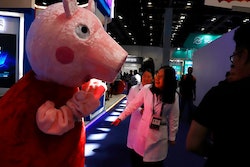