From "terrible" tequila in tacky packaging, the popularity of this ultra-premium spirit continues to grow, but not in Mexico.

Any time I’ve consumed tequila it’s been accompanied by either a lime or a fair amount of peer pressure. But for those connoisseurs of the spirit, the folks at Clase Azul tequila have the brand for you.

With their lowest-priced offering coming in at $100/bottle, the company’s tequila is definitely not for throwing back shots.

Founded in 1997 by Arturo Lomeli, the product has come a long way in terms of quality, which Lomeli described in a CNN interview as initially “terrible” and cheesy packaging that featured a sombrero and mustache.

Knowing he needed a way to stand out, Lomeli transitioned to an ultra-premium product, selling his tequila in hand-sculpted, hand-painted ceramic decanters that can be put on display once the party is over. Clase Azul started with a $1,200 bottle and most recently made a $30,000 bottle available that features amber and 24-karat gold.

According to the company’s website, a bottle used for Clase Azul can take up to two weeks to complete.

Clase Azul’s timing couldn’t have been better, as it synced with a 67 percent surge in sales of premium tequila in the U.S. over the last decade, according to the Distilled Spirits Council. One would also think that the price point plays a role in the company’s strategy to focus exclusively on U.S. and European consumers, even though Clase Azul tequila is made in Mexico.

And although the handcrafted bottles are inspired exclusively by one of 100 Mexican artists using ceramic, non-toxic paints and hand-made brushes, fancy bottles are not the only elements of quality. The company uses only 9-year-old organically sourced agave.

And Lomeli states that his tequila is for savoring, not mixing in a cocktail or downing as a shot. He hopes to "erase that bad memory that every single person has about low-quality tequila."

I’m with you there Arturo, but I’m pretty sure I can find cheaper ways to erase those memories. 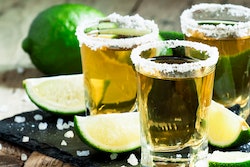 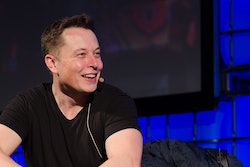 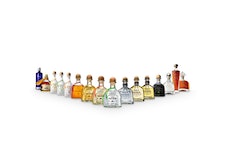