Things are getting tight. 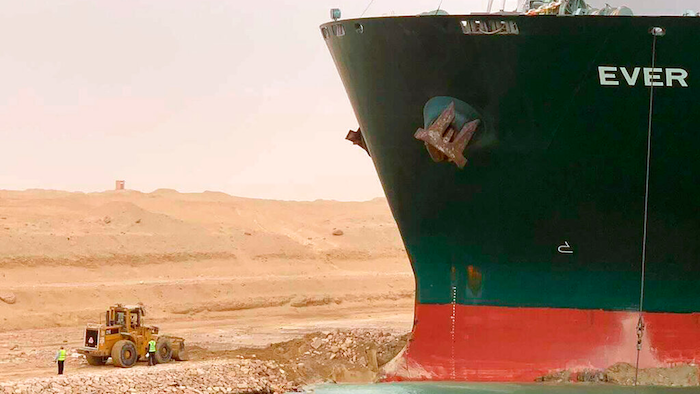 The enormous Ever Given container ship wedged in Egypt’s Suez Canal is visible in new images captured by the European Space Agency's Copernicus Sentinel-1 mission.

The giant container ship ran aground in the canal on March 23, 2021, on its journey from China to the Netherlands. 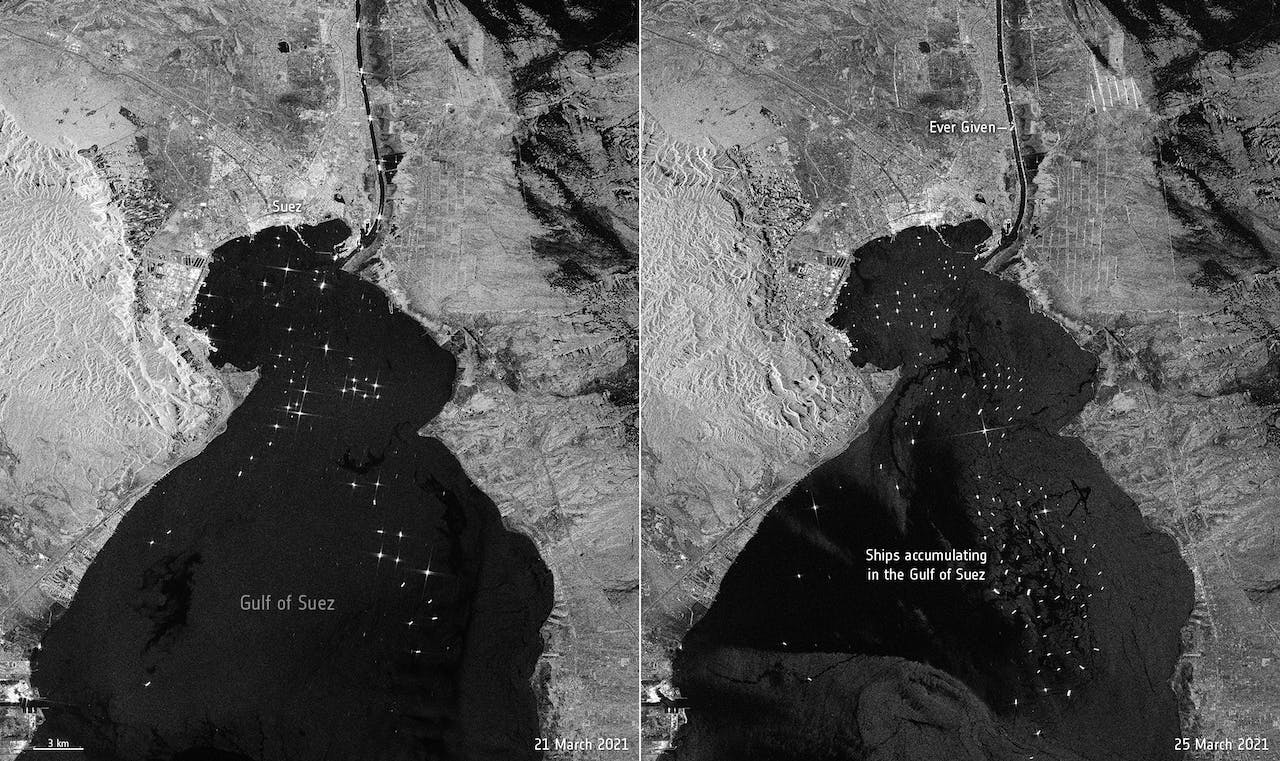 The canal connects Port Said on the Mediterranean Sea to the Indian Ocean via the Egyptian city of Suez on the Red Sea.

The blockage has delayed hundreds of tankers and vessels in reaching their destination, and more maritime traffic is still heading to the crucial waterway. Ships can be seen accumulating in the Gulf of Suez.

Tug boats are working hard to dislodge the 200,000 metric ton ship, however Egyptian authorities say it is unclear when the route will reopen.

The sea surface reflects the radar signal away from the satellite, and makes water appear dark in the image. This contrasts with metal objects, in this case the ships in the bay, which appear as bright dots in the dark waters.