The deal adds to a string of global acquisitions by Chinese companies that want to speed their growth in industries from computers to cars to chemicals by obtaining technology, brands and sales networks.

Jingye is part of a sprawling Chinese industry that produces half the world's steel. It's regarded as technologically advanced but ranks 17th among China's producers with 2018 output of 11 million tons — less than one-sixth that of the biggest state-owned mill.

"As a private steel company, it doesn't have a strong competitive advantage in China, so it wants to expand its competitiveness by going international," said Wang Guoqing, director of the Lange Steel Information Research Center in Beijing.

Jingye, headquartered in the central city of Shijiazhuang, was founded in 1988 by Li Ganpo as a chemicals producer and expanded into steel in 2002. Like many Chinese companies, it has interests in unrelated fields including tourism, hotels and real estate.

The British deal could allow Jingye to sell to European markets without adding to trade strains by increasing imports from China.

The price, reported to be up to 70 million pounds ($90 million), is modest compared with China's most ambitious acquisitions.

Some purchases prompt unease about security or the loss of a national asset, but most Chinese buyers are welcomed because they preserve jobs and invest to expand businesses.

The British acquisition comes amid a marathon campaign by Beijing to make its steel industry more efficient and profitable.

Regulators are pressing steelmakers to merge and to close small and older mills while improving technology. That has wiped out more than 1 million jobs but more efficient mills are increasing output.

Last year, Chinese steel production rose 6.5% to 928.3 million tons, or 51% of the global total, according to World Steel, an industry group.

Hebei Steel gained its own European foothold in 2016 by acquiring a mill in the Serbian city of Smederevo for 46 million euros ($52 million). The Chinese buyer said it would keep the workforce of 5,000 and invest 300 million euros ($340 million).

"As competition in the steel industry gets stronger, we will see more internationalization and consolidation," said Wang.

Jingye's rescue deal could help save 4,000 jobs and safeguard a strategic asset as Britain prepares to leave the European Union.

Earlier this year, the British government said it had done all it could for the company, including providing a 120 million-pound ($152 million) bridging facility to help meet emission trading compliance costs. Going further was considered potentially unlawful as it could be considered illegal state aid. 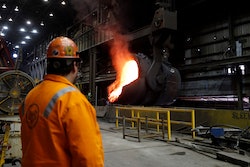 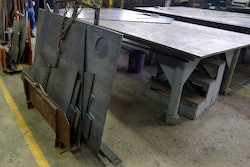 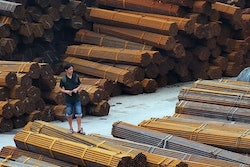