Ram Unseats Silverado For No. 2 in Sales

Surging Ram sales and the GM strike could keep the Silverado in a trailing position.

DETROIT (AP) — Fiat Chrysler’s Ram pickup unseated General Motors’ Chevrolet Silverado as the second-best selling vehicle in the U.S. during the first nine months of the year. With a United Auto Workers strike underway that has shut down GM’s pickup production, the Ram likely will beat the Silverado for the full year for the first time, according to auto sales experts.

At the end of September, the Ram had a lead of nearly 52,000 vehicles, according to company sales figures released Wednesday. So far this year, U.S. buyers snapped up 461,115 Rams, an increase of 23 percent over the same time last year. GM sold 409,316 Silverados during the first nine months, down 3.6 percent from a year ago.

Ford’s F-Series pickup remained the most popular vehicle in America with 662,574 sold through September, down 2.4 percent from a year ago. Full-size pickup trucks from the three traditional Detroit automakers are usually the top selling vehicles in America, which loves pickups. Although the places change at times on a monthly basis, normally Ford is the winner, followed by the Silverado and the Ram.

But about 49,000 GM union workers, including those who build both light- and heavy-duty pickups, went on strike September 16, halting U.S. pickup truck production at factories in Fort Wayne, Indiana, and Flint, Michigan. On Tuesday, a pickup plant in Silao, Mexico, had to close due to a parts shortage caused by the strike, cutting all GM pickup production .

Both sides in the contract dispute are exchanging proposals, but there’s no end in sight for the strike, which is now in its 17th day. “At the current rate, it does not seem likely that the Silverado will be able to make up the sales it needs to overtake the Ram pickup,” said Zo Rahim, manager of economics and industry insights for Cox Automotive.

The Ram has had strong retail sales and has performed well with commercial fleet buyers, Rahim said. GM said its pickup sales are down this year because it ran short of inventory as it switched factories over to make new versions of the light-duty and heavy-duty models. The company says Silverado retail sales to individual buyers are strong. Excluding sales to rental companies and other fleet customers, the Silverado and the GMC Sierra pickup, also made by GM, outsell Ford and Fiat Chrysler full-size pickups, the company said.

Overall, GM’s sales are down just under one percent for the year. Analysts say that since dealerships were well stocked before the strike began, it didn’t hurt GM’s third-quarter sales. But as inventories are depleted, GM’s sales could start to decline if the strike lasts much longer.

J.D. Power and Associates expects overall sales for the full year to be around 17 million, still a healthy number but about a one percent decline from 2018 figures. After sales figures were released Wednesday, GM shares fell four percent to $34.66 in late-day trading. 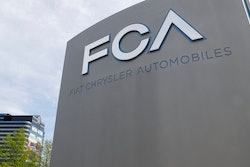