Major companies like Campbell's and Kia are suing over what they allege were coordinated fuel surcharges. 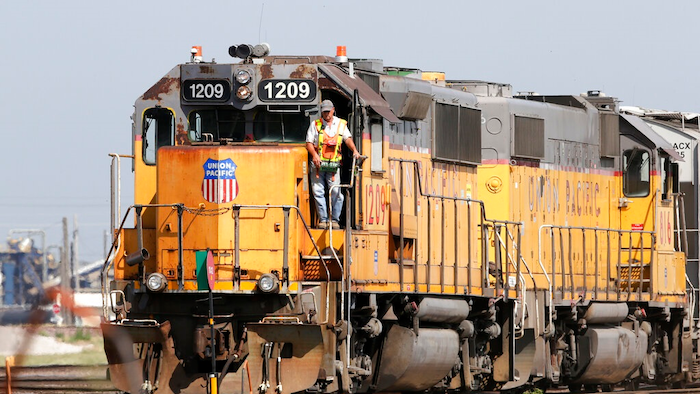 The price-fixing allegations have been making their way through U.S. courts for years, with several companies filing similar lawsuits in 2007.

Attorneys then sought class-action status on behalf of 16,000 shippers against the four railroads, but earlier this year a U.S. appellate judge said the cases would have to be brought individually or broken down into groups of similar shippers with similar situations. The deadline for filing those individual cases was Monday.

An attorney for Union Pacific Railroad declined to comment and attorneys for the other three railways did not immediately respond to requests for comment.

In previous stages of the lawsuits, the railroads have generally contended that fuel surcharges are common across the transportation industry, that they were legal and simply intended to recover the skyrocketing cost of fuel at the time.

In one of the lawsuits, filed Monday by The Amalgamated Sugar Co. in Boise, Idaho, attorneys said the scheme began roughly 16 years ago amid declining rail rates. At the time, the four railways controlled about 90% of all rail freight traffic in the U.S., according to the lawsuit.

Attorneys for the sugar company wrote that the four railways had meetings, phone calls and email communications through which they embarked on the conspiracy to apply the fuel surcharges to generate profits.

“Prior to conspiring, defendants operated as businesses should: They actively competed against each other over rates generally and with respect to fuel recovery mechanisms to the benefit of their customers,” the lawyers said.

Congress largely deregulated railroads in 1980. Over the next several years, railway companies consolidated, eventually leading to the four big railroad shippers _ BNSF and Union Pacific serving much of the West and CSX and Norfolk Southern in the East.

Though the companies are individual entities, they are legally allowed to work together to some degree to ensure the continuity of the nation’s railroad network.

Today, improved technology and data management systems have made railroads more efficient, bringing significant benefits to consumers because businesses can order just what they need when they need it, said Kenneth Button, a professor in the Schar School of Policy and Government at George Mason University.

“In retail you get greater reliability. Everyone knows when their stocks are coming in,” Button said. “All that big data has brought down for the consumer the general prices they are paying.”

Fuel price surcharges occur across the transportation industry, Button said, particularly during fuel crises. Since the process is intended to recover the actual cost of fuel, there can be some consistency between competing companies, he said.