Purchasing a vehicle that's about three years-old will save you perhaps 30-40 percent off the purchase price compared to buying a new version of the same car. 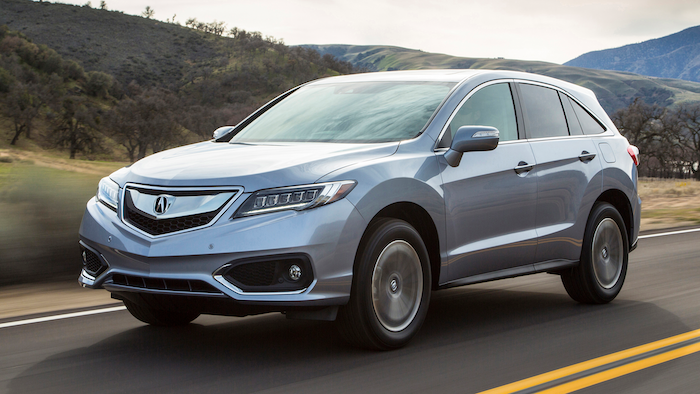 Many college-bound students, whether it be a freshman leaving home for the first time or a grad student needing more reliable transportation, require the purchase of a vehicle. To help out, Edmunds has identified five common requirements for college drivers and recommended a slightly used vehicle for each.

Purchasing a vehicle that's about three years-old will save you perhaps 30-40 percent off the purchase price compared to buying a new version of the same car. All of the recommended vehicles have top expert and consumer review scores on Edmunds. We also took fuel economy, value, safety and ease of parking into consideration. The prices shown are the average prices paid at a franchised car dealership in the second quarter of 2019.

When it comes to saving on gas, there's not much that's going to rival the Toyota Prius. Its efficient hybrid powertrain consistently gets more than 50 mpg regardless of your type of driving. The 2016 Prius kicked off the current-generation model. Compared to older versions, it benefits from sharper handling, higher fuel economy and greater comfort.

Indeed, you might be surprised by how the Prius serves as an agreeable companion for long drives. Its driver's seat is supportive, and the suspension provides a smooth and composed ride quality. Toyota also offered advanced driver safety aids this year; look for a Prius Three Touring, Four or Four Touring to get them.

The Mazda 3 is a smart pick for a fun, small car. It starts with what's under the hood. Either one of two available four-cylinder engines provides quick acceleration. Pick the 3s model, which has the larger 2.5-liter engine, for the best around-town punch. Fuel economy drops slightly compared to the smaller engine in the 3i model, but you'll still have a relatively frugal vehicle.

The Mazda 3's carefully tuned steering and suspension allows for nimble handling. Other advantages include an available sedan or hatchback body style and many premium features, including optional advanced driver safety aids, on the top Touring and Grand Touring trim levels.

Why do laundry at school when you can drive home on a weekend and have your mom or dad do it for you instead? The Volkswagen Golf's boxy styling opens up plenty of interior space for laundry baskets or whatever else you might want to haul. Folding down the 60/40-split rear seats further expands the Golf's versatility.

The Golf's turbocharged four-cylinder engine provides a pleasing mix of power and fuel economy. Most Golf models are also respectably equipped with modern features such as Apple CarPlay and Android Auto smartphone integration. Advanced driver safety aids were available as part of an optional package on the SE and SEL trim levels.

The Ford Edge possesses a well-rounded quality that makes it a standout choice for a used SUV. It's comfortable and quiet, and the available Sync 3 infotainment system is easy to use and feature-packed. The Edge is bigger and roomier than many other common crossover SUVs. It's perfect for getting you and your friends to a ski resort, but it's not so bulky that it's difficult to drive or park.

To maximize the Edge's traction on wet or snowy roads, make sure to buy one with the optional all-wheel-drive system. Also, look for the heated front seats; they were optional on the SEL trim level and standard on the Titanium trim level. Ford also offered an optional heated steering wheel and all-weather floor mats.

The Acura RDX is an ideal pick for a used vehicle at a slightly higher price. It combines many qualities of the other vehicles, including sporty performance, a roomy interior and available all-wheel drive. We also recommend the RDX as a vehicle that you can keep for years to come. It's versatile enough to handle many diverse tasks and upscale enough to look sharp on campus without being ostentatious.

Every RDX comes standard with a V6 engine and plenty of upscale features such as a power liftgate and a power-adjustable driver's seat. We recommend finding an RDX that had the AcuraWatch Plus package, which added many advanced driver safety aids.

This story was provided to The Associated Press by the automotive website Edmunds. Brent Romans is a senior editor of written content at Edmunds.