President Trump has been taxing Chinese imports in hopes of reducing the gap. 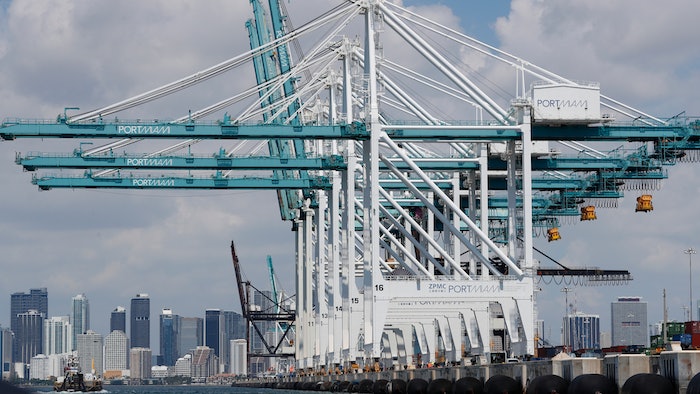 WASHINGTON (AP) — The U.S. trade deficit declined in July, including the gap with China that has been the focus of President Donald Trump's tariffs.

The Commerce Department said Wednesday that the gap between the goods and services the U.S. buys and what it sells abroad fell 2.7% to $54 billion in July from June. Exports rose 0.6 percent to $207.4 billion, while imports ticked down 0.1 percent to $261.4 billion. Compared to a year ago, the average trade gap has increased $7 billion.

Trade has become a sensitive topic for the global economy as the United States has escalated a tariff war with China. Trump has been taxing Chinese imports in hopes of reducing the trade gap and receiving better terms for trade, yet his moves have generated uncertainties that some feel have hurt growth and pushed manufacturing into a slowdown.

By December 15, the United States is scheduled to tax almost every Chinese import. Trump imposed a 15 percent tax this month on $112 billion of Chinese imports, in addition to already imposing a 25 percent tariff on $250 billion worth of Chinese goods. The taxes are hitting U.S. consumers and businesses as 87 percent of textiles and clothing the United States buys from China and 52 percent of shoes now face a surcharge.

In December, the Trump administration plans for another round of 15 percent tariffs — this time on roughly $160 billion of imports. The impact of the tariffs so far in overall trade numbers appear to be a decline in activity. The trade gap with China fell $500 million in July to $29.6 billion, as imports to the United States fell more sharply than the decline in exports.