Survey: Half of Business Economists See Recession by 2020

Only 11 percent expect the economy to avoid a recession through 2021. 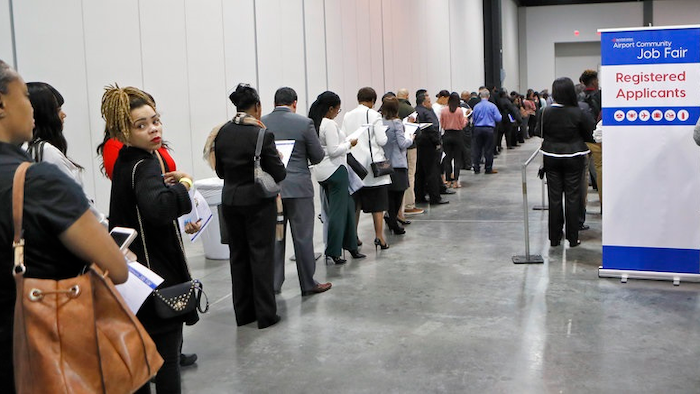 A recent survey suggests economists have a less-than-rosy outlook for the economy heading into next year and beyond.
AP file

WASHINGTON (AP) — Roughly half the nation's business economists say they think the U.S. economy will slip into recession by the end of next year, and three-fourths envision such a downturn beginning by the end of 2021.

The finding comes from the latest survey by the National Association for Business Economics of its member economists. Just 10 percent of them say they foresee a recession beginning this year. At the other extreme, only 11 percent expect the economy to avoid a recession through 2021.

The economy began its expansion in June 2009, when the Great Recession officially ended. If it endures beyond June this year, the expansion will become the longest on record. Compared with others, the current one has been tepid, with annual economic growth averaging just slightly above 2 percent. But many economists say its modest pace has helped prolong the expansion, in part by keeping inflation in check.

The NABE economists approve of the Federal Reserve's management of interest rates, with nearly three-quarters of them calling the Fed's policymaking "about right."

Having raised rates four times last year, the Fed and its chairman, Jerome Powell, have pledged to be "patient" about rates — which most analysts have taken to mean that they're done raising rates for at least a few months. Investors are collectively betting that the Fed won't raise its benchmark rate at all this year. But the NABE survey found that 39 percent of economists foresee one rate increase — and 26 percent say they think the Fed will raise rates twice this year.

In other areas, the NABE survey found:

—The economists were divided on how to address the government's swollen budget deficits, with about half of them favoring higher taxes and half favoring spending restraints. Among potential tax increases, 50 percent support a broad-based energy or carbon tax, and 48 percent support raising individual or corporate taxes.

— On a proposal by Rep. Alexandria Ocasio-Cortez, a freshman New York Democrat, to raise the marginal tax rate on the very wealthy to 70 percent, 42 percent of respondents to the NABE survey said they thought such a tax would have a net negative effect. By contrast, 17 percent said they believed it would benefit the economy. An additional 33 percent of those surveyed said the effect could be negative or positive depending on how the extra tax revenue were used.

— More than 90 percent of NABE economists said the increased tariffs that the Trump administration has imposed in its trade conflicts with China and other countries will slow economic growth this year. Their estimates range from a subtraction of one-fourth of a percentage point in growth to a reduction of 1 percentage point or more.