It is a stunning reversal after a yearlong search.

Joseph Pisani
In this Nov. 16, 2018, file photo graffiti has been painted on a sidewalk by someone opposed to the location of an Amazon headquarters in the Long Island City neighborhood in the Queens borough of New York. Amazon said Thursday, Feb. 14, 2019, that it is dropping New York City as one of its new headquarter locations.
AP Photo/Mark Lennihan, File

NEW YORK (AP) — Amazon abruptly abandoned plans Thursday for a big new headquarters in New York that would have brought 25,000 jobs to the city, reversing course after politicians and activists objected to the nearly $3 billion in tax breaks promised to what is already one of the world's richest, most powerful companies.

"We are disappointed to have reached this conclusion — we love New York," the online giant said in a blog post, adding that it already has 5,000 employees in the city and plans to increase that number.

The stunning withdrawal was a serious blow to Gov. Andrew Cuomo and Mayor Bill de Blasio, who had lobbied intensely to land the project, competing against more than 200 other metropolitan areas across the continent that were practically tripping over each other to offer incentives to Amazon in a fierce bidding war it openly stoked.

Amazon announced in November that it had chosen the Long Island City section of Queens for one of two new headquarters, with the other in northern Virginia. The company had planned to spend $2.5 billion building the New York office.

"Today was the day a group of dedicated, everyday New Yorkers and their neighbors defeated Amazon's corporate greed, its worker exploitation, and the power of the richest man in the world," she tweeted.

De Blasio criticized Amazon for its abrupt withdrawal, saying the company gave up on trying to engage New Yorkers.

"You have to be tough to make it in New York City. We gave Amazon the opportunity to be a good neighbor and do business in the greatest city in the world," the mayor said in a statement. "Instead of working with the community, Amazon threw away that opportunity."

Amazon said it does not plan to look for another headquarters location at this time and will continue with its plans to build new offices in Arlington, Virginia, and Nashville, Tennessee. The Arlington campus is expected to be the same size as the New York one, with 25,000 employees. The Nashville office is expected to have 5,000.

Amazon faced fierce opposition over the tax breaks, with critics complaining that the project was an extravagant giveaway to one of the world's biggest companies and that it wouldn't provide much direct benefit to most New Yorkers.

The list of local grievances against the project grew as the months wore on.

City Council members scheduled hearings at which they grilled Amazon officials about the company's labor practices, its contract with Immigration and Customs Enforcement to provide facial recognition technology and other issues. City politicians denounced the process by which the deal was negotiated as secretive.

"This is proof of why it is so important to have an inclusive and transparent process from the beginning," said New York Senate Majority Leader Andrea Stewart-Cousins, a Democrat.

A Quinnipiac University poll released in December found New York City voters supported having an Amazon headquarters 57 percent to 26 percent. But they were divided over the incentives: 46 percent in favor, 44 percent against. Construction-industry groups had urged the public and officials to get behind a plan.

The pullout announcement "marks a landmark victory for our communities and shows the power of the people, even when taking on the world's richest man," said Deborah Axt of the anti-poverty group Make the Road New York. She said the Amazon was going to use "taxpayer giveaways" to "force its empire-building on our neighborhoods."

The Teamsters union also welcomed Amazon's decision to pull out.

"New Yorkers made it clear that Amazon wasn't welcome in our city if it would not respect our workers and our communities," said George Miranda, president of Teamsters Joint Council 16. "Apparently, the company decided that was too much to ask." 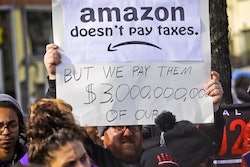 How the Amazon Deal Fell Apart 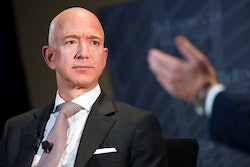 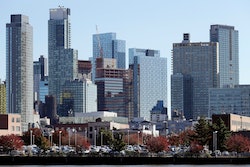