A court in Germany has sided with chipmaker Qualcomm in a patent dispute with Apple.

BERLIN (AP) — A court in Germany has sided with chipmaker Qualcomm in a patent dispute with Apple that could see sales of older iPhone models halted. The Munich regional court ruled Thursday that Apple and its subsidiaries had breached a European patent held by San Diego-based Qualcomm.

The court said in a statement that this effectively means Apple is "banned from offering or distributing unlicensed" devices including the iPhone 7, iPhone 8 and iPhone X. The 'plus' variants of the iPhones 7 and 8 are also affected.

The ruling can be appealed, but judges said that if Qualcomm wants the verdict enforced in the meantime, it needs to deposit a security of about $1.53 billion. The disputed patent regulates the amount of energy provided to the phones' telecom chips. 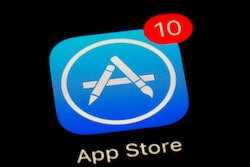