The World Wildlife Fund said overturning an existing ban would have "devastating consequences globally" by allowing poachers and smugglers to hide behind legalized trade.

Christopher Bodeen
In this Jan. 8, 2010, file photo, an endangered Siberian tiger runs away with a chicken tossed by tourists at the Harbin Tiger Park in Harbin in northeastern China's Heilongjiang province. China on Nov. 12, 2018, says it is suspending rule changes allowing trading in tiger and rhinoceros parts, after the move to reverse a ban sparked an outcry from environmental groups.
AP Photo/Ng Han Guan, File

BEIJING (AP) — China is postponing its decision to allow trading in tiger and rhinoceros parts a bare two weeks after the easing of the ban had raised fears the country was giving legal cover to poaching and smuggling of endangered wildlife.

The official Xinhua News Agency quoted Cabinet official Ding Xuedong as saying Monday that the change had "been postponed after study."

"Relevant departments of the Chinese government will soon continue to organize special crackdown campaigns with focus on addressing the illegal trade of rhinos, tigers and their byproducts. Illegal acts will be dealt with severely," Ding, an executive deputy secretary-general of the State Council was quoted as saying.

The Xinhua report said the ban on the import and export of rhino and tiger parts and their use in traditional Chinese medicine would also be maintained. Ding's comments did not address whether the postponement meant the decision would be revived.

The traditional medicinal uses of tiger bone and rhino horn have continued despite no proof of their effectiveness and the decreasing wild populations. China has also long tolerated the farming of tigers and the semi-legal sale of their parts.

Late last month, authorities said they would allow trading in products made from tigers and rhinos under "special circumstances," bringing condemnation from conservation groups. Farming of non-native rhinos is not known in China but the changing law raised speculation it was being planned.

The World Wildlife Fund said overturning the ban would have "devastating consequences globally" by allowing poachers and smugglers to hide behind legalized trade.

China's authoritarian Communist Party-led government rarely responds to international pressure and the reversal appeared to reflect concerns over the country's reputation as a supporter of environmental preservation. China, home to the highly endangered giant panda, has frequently been named as a top market for endangered wildlife products including ivory and skin from African elephants and meat and scales from the anteater-like pangolin, native to Africa and southern Asia.

"To truly protect tigers and rhinos we need an official written proclamation from the State Council that permanently reinstates a complete ban. Full stop," Iris Ho, senior specialist for Wildlife Program and Policy at Humane Society International was quoted as saying in a news release. "Species extinction is irreversible and we cannot afford any missteps," Ho said.

Along with other animal protection organizations, the Humane Society International and the Humane Society of the United States have filed a legal appeal for a ban on U.S. imports of all wildlife and their parts from China "unless or until China formally reinstates a complete ban on domestic trade in tigers and rhinos and their parts and products," the groups said in a statement.

An estimated 3,890 tigers remain alive in the wild, according to a report presented during the Third Asia Ministerial Conference on Tiger Conservation in 2016. Studies put the population of wild rhinos at less than 30,000, while poaching to cultivate their horns is reducing that number drastically each year. 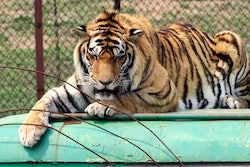 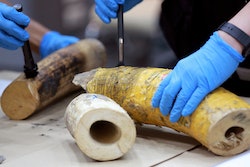 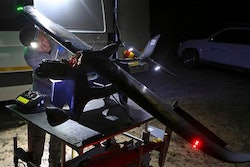