American whiskey makers have seen their products slapped with tariffs in response to larger trade disputes. 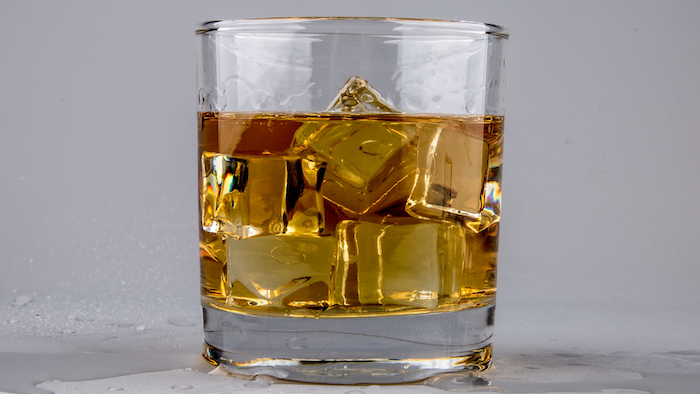 After two days of talks, representatives of nine global distilled spirits organizations meeting in Kentucky signed a resolution urging the "prompt removal" of recent tariffs. American whiskey makers have become caught in the middle of disputes, with tariffs slapped on their products and other goods in trade conflicts pitting the U.S. against key allies.

"When we were talking this morning, we couldn't agree on who produces the best whiskey," Kentucky Distillers' Association President Eric Gregory said. "We couldn't agree on whether it's spelled w-h-i-s-k-e-y or w-h-i-s-k-y. But we did agree unanimously ... that open and fair trade is essential for the future of our global industry."

The spirits groups said they were encouraged by signs that the U.S. and the European Union are stepping back from the brink of a trade war. President Donald Trump and European leaders agreed Wednesday to open talks to tear down trade barriers between the U.S. and the EU. Perhaps those negotiators could resolve the trade conflicts over a drink or two, summit participants suggested.

"Let's just sit down and have a reasonable and logical (discussion) and raise a toast of bourbon or any other spirit and get this sorted," said Aoife Clarke, representing the Irish Whiskey & Spirits Association at the summit.

Groups from the Irish whiskey and Scotch whisky industries as well as trade groups for spirits producers in Japan, Canada, Europe and the U.S. were represented at the summit. Their theme: "Nobody wins in a trade war." Asked afterward if the group's message could influence world leaders, Clarke said: "There's the question, isn't it? I do believe a collective voice is a powerful voice."

Trade disputes have resulted in tariffs imposed in some key overseas markets for bourbon and other American whiskeys, including the European Union — where Kentucky spirits producers exported nearly $200 million of their products in 2017. American whiskey makers also face retaliatory tariffs in Canada, Mexico and China. EU tariffs targeting American whiskey and other U.S. products were a response to President Donald Trump's decision to slap tariffs on European steel and aluminum.

Those duties amount to a tax, which producers can pass along to consumers through higher prices or absorb shrinking profits. Global whiskey makers share concerns that an escalation in trade disputes would lead to expanded and higher tariffs.

Foreign markets have become lucrative for spirits makers worldwide in the past two decades. U.S. spirits exports surged from $575 million in 1997 to $1.64 billion in 2017, according to the Distilled Spirits Council. Spirits makers in other countries also have benefited from rising exports.

"The whiskey industry in Europe, in the United States, Canada and Japan has all benefited for more than 20 years of tariff-free trade," said Karen Betts with the Scotch Whisky Association. "That tariff-free trade has supported the livelihoods of ordinary people who have made a global success of exporting their local whiskeys."

The sudden emergence of trade conflicts could influence how whiskey companies set future global strategy, she said. "We shouldn't have all our eggs in one basket," she said. "We need to be exploring other markets. We need to be making sure that we are selling our products in as wide and open a marketplace as possible, and maybe just not relying on one or two particular markets to grow our industry."

Most automaker stocks rose on news that the chip shortage may be easing.
Dec 1st, 2021

You no longer have to depend on finding good salespeople who can hit the numbers through their connections.
Nov 24th, 2021
Follow Us
Most Recent