Charges for many imported vehicles will be cut from 25 percent to 15 percent to increase availability of goods for consumers. 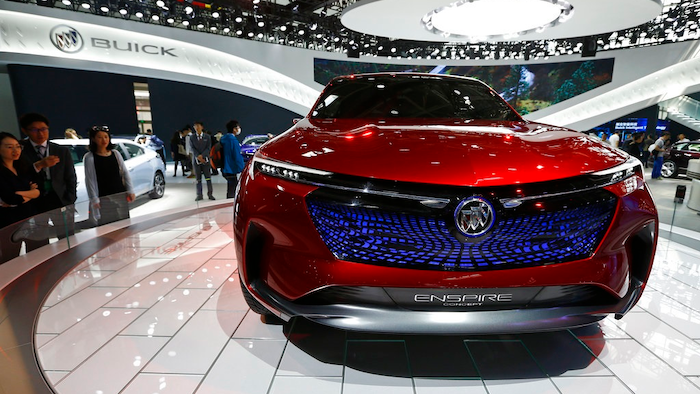 In this April 26, 2018, file photo, visitors look at a Buick Enspire concept car on display at the China Auto China in Beijing. China has announced it will reduce auto import duties effective July 1 following promises to buy more U.S. goods and end restrictions on foreign ownership in the industry. The Finance Ministry said Tuesday, May 22, 2018, that charges for many imported vehicles will be reduced from 25 percent to 15 percent.
AP Photo/Andy Wong, File

President Xi Jinping promised the changes in April amid mounting pressure from Washington to narrow China's multibillion-dollar trade surplus with the United States, though Chinese spokespeople said they had nothing to do with that dispute.

The Finance Ministry said charges for many imported vehicles will be cut from 25 percent to 15 percent to promote development of the Chinese industry and increase availability of goods for consumers. That still would be higher than the 2.5 percent U.S. tariff on imported autos but less than the 25 percent charged by Washington on imported pickup trucks.

The immediate impact of the changes is expected to be limited. Most cars sold in China by global automakers are produced in local factories, but the tariff cut could give them more flexibility in supplying additional models produced abroad.

Beijing used tariffs and other curbs over the past three decades to prod global auto brands to shift production to China and help develop the local industry.

China is the world's biggest auto market by number of vehicles sold. Purchases of SUVs, sedans and minivans totaled 24.7 million units in 2017, compared with 17.2 million for the United States, the No. 2 market.

China's move to ease controls on its auto market reflects growing official confidence in fledgling Chinese automakers and a desire to make the industry more flexible as Beijing promotes development of electric cars.