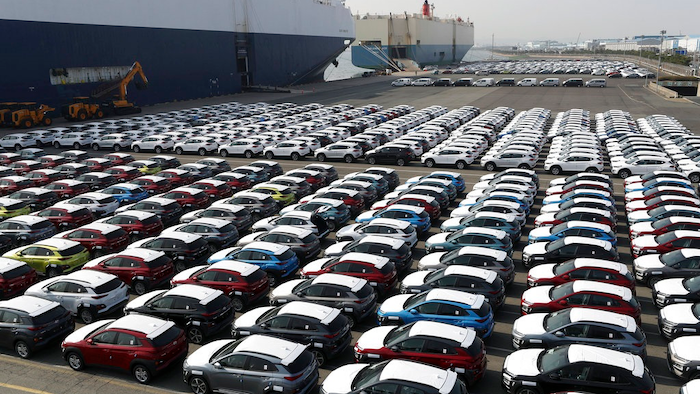 As part of talks on revamping a free trade deal that took effect in 2012, South Korea and the U.S. agreed to push back the earlier agreed-to elimination of import tariffs on pick-up trucks by 20 years to 2041. South Korea's top negotiator said Monday that the move will have little impact on the local auto makers because there are currently no domestically produced pick-up trucks exported to the United States.

However, Hyundai's labor union complained that the government gave in to U.S. President Donald Trump at a time when the American market represents big opportunities.

Hyundai said in a statement that it hoped the two governments would work together for further development of the automotive industry. It would not comment on issue of tariffs on pick-up truck exports.

The outcome of the negotiations was mixed. While some complained about concessions in the auto sector, South Korea did win an exemption from recently announced import tariffs on its steel products.

While Hyundai, the maker of the Sonata and Tucson, does not produce pick-up trucks, in 2015 and in 2016, it displayed prototypes that might be produced in within several years.

Hyundai and Kia, which belong to the world's fifth-largest automotive group, have been struggling as sales slow in China and the United States. The pick-up trucks could help offset that weakness.

Ssangyong Motor Co., the Korean unit of India's Mahindra & Mahindra and the only auto brand in South Korea that produces pick-up trucks, said it expects little impact from the revision of the trade deal because it does not plan to enter the U.S. market. Ssangyong's Korando Sports and and Rexton Sports pick-up trucks are sold in Europe and South America.