This will mark the fourth consecutive "extreme" ice season. 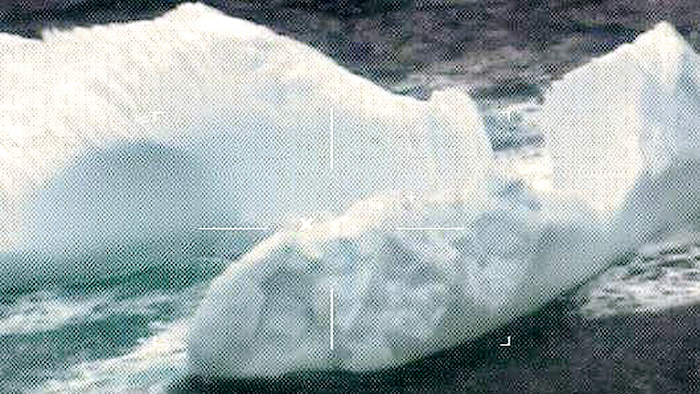 The Connecticut-based Coast Guard International Ice Patrol, which monitors iceberg danger in the North Atlantic and warns ships, held its annual meeting in New London to discuss 2017 and look ahead to 2018.

Greenland glaciers are retreating and storms broke up significant amounts of sea ice in 2017, freeing many icebergs, said Cmdr. Kristen Serumgard, who leads the Ice Patrol. She said 1,008 icebergs were detected in the shipping lanes in 2017, which is up from 687 icebergs in 2016.

The Ice Patrol classifies each season as light, moderate or extreme based on the number of icebergs. This year was the 19th most severe season since 1900.

The International Ice Patrol, which was formed after the Titanic sank, conducts reconnaissance flights that are used to produce charts showing the locations of icebergs. The unit's mission is to eliminate the risk of ships colliding with icebergs.

Serumgard is often asked whether ships still hit icebergs. She said even with modern radar, ships still miss them.

"We don't want another Titanic," she said.

Coast Guard units and other agencies, such as the U.S. National Ice Center, the Canadian Ice Service and the Danish Meteorological Institute, attended the meeting.

The Ice Patrol has started to rely more on satellite imagery. Only 2 percent of the icebergs that set the limit in its charts in 2016 were found using satellites, compared to 22 percent in 2017.

Serumgard said she's hopeful the Ice Patrol can transition to relying solely on satellites to free up Coast Guard planes for other missions, though it'll take many years.

The cost of the satellite data has been prohibitive in the past, and it can be challenging to differentiate between icebergs and ships, particularly small ones, in the images, she added.