The state's bid could be aided if it succeeds in landing a high-speed Hyperloop track. 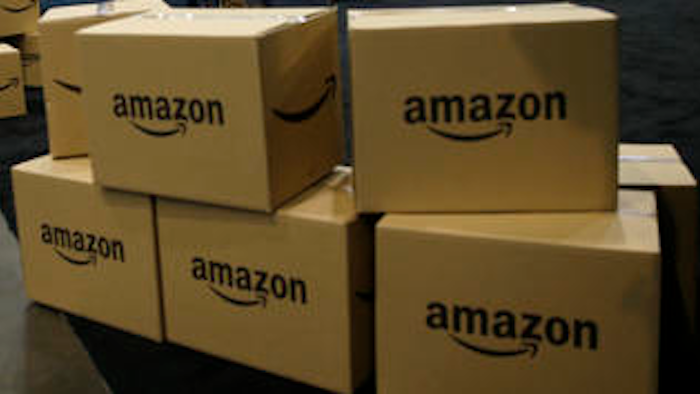 JEFFERSON CITY, Mo. (AP) — Missouri officials were submitting a bid Thursday for Amazon's second headquarters that would involve an innovation corridor between Kansas City and St. Louis rather than a single location in one of the state's major metropolitan areas.

That proposal is in addition to individual applications submitted by Kansas City and St. Louis, two of a number of North American metropolitan areas vying to become the company's second home. Amazon in September opened the search for a second headquarters and promised to spend more than $5 billion on the site. The Seattle-based company says it would bring up to 50,000 jobs.

Missouri Chief Operating Officer Drew Erdmann said the state's bid could be aided if it succeeds in landing a high-speed Hyperloop track connecting the cities. The technology comprises a tubular track through which a train-like pod carrying passengers or cargo travels at high speeds, potentially transporting passengers the 240-mile distance between Kansas City and St. Louis in 25 minutes.

"We equally support both of our cities," Erdmann said. "Kansas City and St. Louis each could be a great home, and what we proposed to Amazon is no matter what, choose a Missouri city and make that your starting point."

Erdmann said Amazon gave Missouri officials the go-ahead to submit the application, although he said the company had asked for only one bid per metropolitan area.

Erdmann said an innovation corridor could include Columbia, the home of the University of Missouri. The expanded area would provide a labor force of close to 3 million people, he said, and could offer employees the option to live in rural, urban or college-town cities.

A Hyperloop track to connect the cities is not guaranteed, although Missouri this month re-emerged as a potential location despite not earning a spot last month in a top 10 list of possible future routes for the mode of transportation. A public-private coalition has formed to reconsider a route in Missouri. The coalition aims to conduct a feasibility study of a route linking Kansas City, Columbia and St. Louis along the Interstate 70 corridor.

The CEO of Los Angeles-based Hyperloop One, the company working to commercialize Hyperloop transportation, endorsed the coalition in a video included with Missouri's application to Amazon.

Department of Economic Development spokeswoman Maggie Kost declined to say whether the state is offering economic incentives to Amazon and if so, how much. She cited a nondisclosure agreement signed with Amazon.