Siemens AG said in a statement it has received "credible information" that four turbines delivered to Russia's south were "locally modified and illegally moved to Crimea." 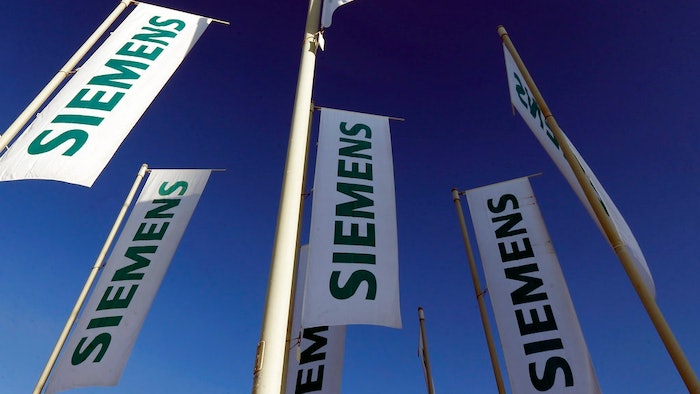 BERLIN (AP) — German industrial conglomerate Siemens said Friday it is halting deliveries of power generation equipment to state-controlled companies in Russia after some of the turbines it sold to Russia were reportedly sent to Crimea.

Siemens AG said in a statement it has received "credible information" that all four turbines delivered last summer for a power plant project in Russia's south were "locally modified and illegally moved to Crimea." The company had said this month that gas turbines it had delivered to Russia were re-routed to Crimea, in violation both of European sanctions and a contract with the company involved.

The European Union in 2014 imposed economic sanctions on Russia over the annexation of Ukraine's Crimean Peninsula, including a ban on exporting power generation equipment to Crimea.

The German industrial conglomerate has been an important partner for the Russian industry for decades, winning a number of lucrative government contracts. Siemens' chief executive has been granted meetings with Putin, one of which took place in Moscow just weeks after the Crimean annexation.

Siemens said Friday it will sell its stake in a Russian company that offers services for power plant control systems and is pursuing criminal charges against the individuals responsible at its customer, TPE, as well as legal action to halt any further deliveries to Crimea and have equipment already diverted returned to southern Russia.

The company will meanwhile "halt power generation equipment deliveries from existing contracts to state-controlled customers in Russia for the time being." During the pause, it said it will put in place a new control system that greatly exceeds legal requirements to prevent a repeat.

Siemens AG said it also "has initiated the termination process of a license agreement with Russian companies in the area of equipment supply for combined-cycle power stations."

Sergei Kalashnikov, deputy chairman of the economic affairs committee at the upper chamber of Russian parliament, in comments to RIA Novosti on Friday lamented the announcement, saying that "both sides will suffer losses."