Francis made the comments at his Wednesday general audience after appealing for a resolution to a labor dispute in Italy. 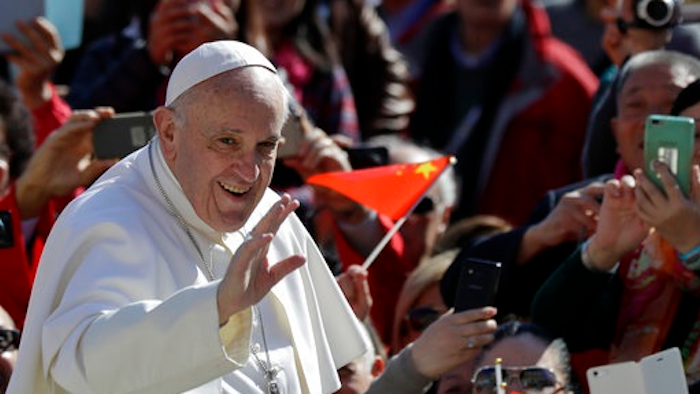 Pope Francis waves as he arrives for his weekly general audience in St. Peter square at the Vatican, Wednesday, March 15, 2017.
AP Photo/Andrew Medichini

VATICAN CITY (AP) — Pope Francis said Wednesday that employers who fire workers for unclear economic reasons are committing a "very grave sin" and should ensure dignified work for all their employees.

Francis made the comments at his Wednesday general audience after appealing for a resolution to a labor dispute at Sky Italia, where employees are facing job cuts and relocation as the satellite channel moves offices from Rome to Milan. Francis called for a solution that respects the rights of all, "especially families."

Speaking off-the-cuff, he added: "Those who for economic reasons or to conclude unclear negotiations, close factories and business ventures and take away jobs, this person is committing a very grave sin."

Francis has spoken out frequently about the need for dignified work for all, lamenting the high rate of unemployment and youth unemployment in Italy and elsewhere.