NICOSIA, Cyprus (AP) — The discovery of a huge natural gas deposit in Egyptian waters has boosted hopes of other such finds in the eastern Mediterranean that could help meet Europe's energy needs, a senior official with Italian oil and gas company Eni said Tuesday.

Eni SpA Chief Exploration Officer Luca Bertelli said his company's "milestone" discovery of Zohr, estimated to hold 30 trillion cubic feet of gas, has reinvigorated the interest of other major oil and gas companies in the region.

He said waters off Cyprus hold potential for new discoveries while exploration opportunities are coming up with Lebanon and Israel later this year offering offshore areas, or blocks, to bidders for exploration licensing.

"I believe the potential is here, but we need to go step by step," Bertelli told a gas conference. "If we don't drill, we don't know."

Bertelli said Eni expects the first gas to start flowing from Zohr by the end of 2017 to meet Egypt's domestic demand for decades. Fully developing the deposit will cost up to 12 billion euros ($12.8 billion).

For export, Bertelli said Egypt could bring two idle processing plants back on stream to liquefy gas so it can be exported to the European markets.

He said geological features off Cyprus are similar to those around where the Zohr deposit was discovered, raising hopes for new finds. Earlier drilling by Texas-based Noble Energy discovered a field estimated to contain over four trillion cubic feet in reserves.

If more fields are discovered off Cyprus, the island could opt to build a processing plant of its own to export gas, said Bertelli.

Eni SpA is licensed either on its own or in partnership with South Korea's Kogas and France's Total to carry out exploratory drilling in six of Cyprus' 13 offshore blocks. 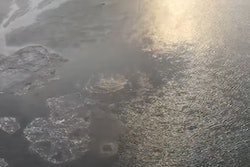 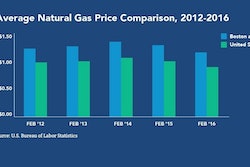 Work Stops on $3.3B Pipeline 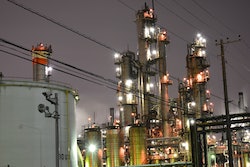