The companies plan to join in a $62 billion deal and then break into three separate, publicly-traded companies. However, antitrust regulators remain hesitant. 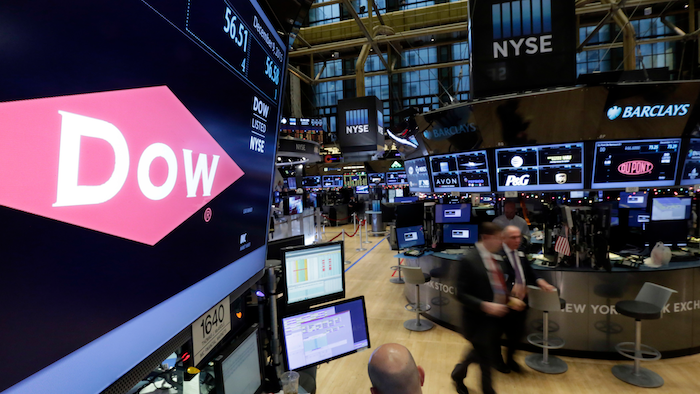 Dow Chemical and DuPont propose selling some businesses in order to get approval from European Commission for their merger. The companies still expect their merger to close during the first half of 2017.
AP Photo/Richard Drew, File

NEW YORK (AP) — Dow Chemical and DuPont say they're willing to make more business divestments as a way to nudge European regulators who remain wary of their proposed merger.

The companies plan to join in a $62 billion deal and then break apart into three separate, publicly traded companies. The companies would focus on agriculture, material science, and the production and sale of specialty products, respectively. Antitrust regulators remain hesitant, however.

Dow spokeswoman Rachelle Schikorra said Wednesday that among the concessions the companies are willing to make are the sale of part of DuPont's crop protection business — along with its associated research and development — and the sale of Dow Chemical's acid copolymers and ionomers business.

Schikorra says the deadline for the European Commission to review the proposals has been extended to April 4. She says Dow Chemical Co. and DuPont still expect the merger to close during the first half of the year, with planned spinoffs occurring about 18 months later.

Shares of Dow, based in Midland, Michigan, and DuPont, which has its headquarters in Wilmington, Delaware, are both up about 30 percent in the last year.