The company wants to run a natural gas pipeline through a state forest. 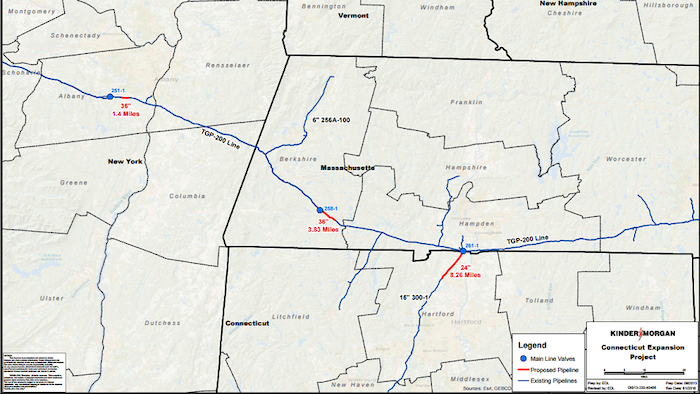 The cost of the Connecticut Expansion Project is approximately $93 million, and it would create an estimated 175 temporary construction jobs.
Kinder Morgan

SANDISFIELD, Mass. (AP) — A company that wants to run a natural gas pipeline through a Massachusetts state forest has agreed to pay $1.2 million for the right.

The agreement announced Thursday settles a lawsuit brought by Tennessee Gas Pipeline Co., a subsidiary of Kinder Morgan. The company wants an easement through Otis State Forest in Sandisfield to expand an existing pipeline.

The settlement includes $300,000 for the Massachusetts Department of Conservation and Recreation to acquire additional conservation land in the area; $300,000 toward mitigation and improvements to the forest; $40,000 for the fair market value of pipeline easements; and an additional $640,000 for environmental monitors and other mitigation.