Massive 2013 Oil Spill in North Dakota Still Not Cleaned Up

The company responsible hasn't even set a date for completion. 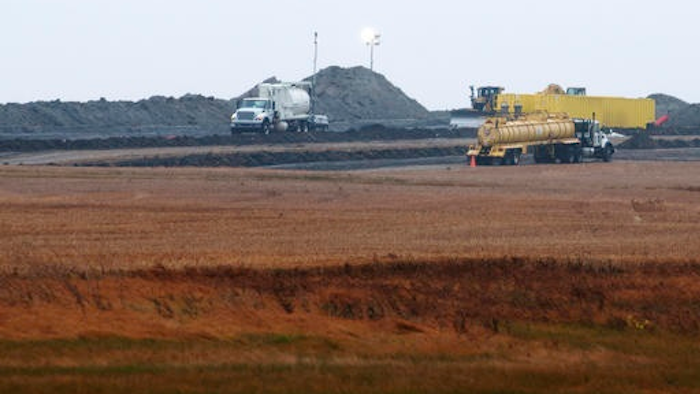 Though crews have been working around the clock to deal with the Tesoro Corp. pipeline break, which happened in a wheat field in September 2013, less than a third of the 840,000 gallons that spilled has been recovered — or ever will be, North Dakota Health Department environmental scientist Bill Suess said.

A farmer, Steve Jenkins, who'd smelled the crude oil for days, discovered the spill in his northwestern North Dakota field near Tioga — his combines' tires were covered in it.

While the nearest home was a half-mile away and the state said no water sources were contaminated and no wildlife hurt, one of the largest onshore oil spills recorded in the U.S. serves for some as a cautionary example, especially given a recent pipeline break about 150 miles south and ongoing debates over the four-state Dakota Access pipeline.

"What happened to us happened and we can't go back," said Patty Jensen, Steve's wife. This month's pipeline break in Belfield, which belched an estimated 176,000 gallons of oil into a creek that feeds into the Little Missouri River, a tributary of the Missouri River, really rankled her.

"But I get really upset when I hear of a new one and I wonder what is being done to prevent these spills," she said.

Both the Tesoro break and the Belfield break occurred on 6-inch steel pipelines — a part of a large network pipelines that crisscross western North Dakota's oil patch. By comparison, the Dakota Access pipeline is made of 30-inch steel and will carry nearly 20 million gallons daily.

The Tesoro spill was not far from where oil was first discovered in North Dakota in 1951.The Texas-based company and federal regulators have said a lightning strike may have caused the 2013 rupture in the pipeline, which runs from Tioga to a rail facility outside of Columbus, near the Canadian border.

North Dakota regulators initially thought just 750 barrels of oil was involved in the spill, but later updated the amount exponentially. They also expanded the affected acreage from about 7 — the size of seven football fields — to about 13 acres, Suess said. The cleanup has cost Tesoro more than $49 million to date and is expected to top $60 million, according to recent filings to the state.

Tesoro spokeswoman Destin Singleton said she could not immediately confirm the numbers, and noted the cleanup completion date remains unknown. The pipeline was monitored remotely, but the company has said the spill wasn't detected.

Crews have had to dig as deep as 50 feet to remove hundreds of thousands of tons of oil-tainted soil, Suess said. The company has now switched to special equipment that cooks hydrocarbons from crude-soaked soil in a process called thermal desorption before putting it back in place.

The Dec. 5 spill on the Belle Fourche pipeline also was discovered by a landowner. Crude oil migrated about almost 6 miles from the spill site along Ash Coulee Creek, and fouled an unknown amount of private and U.S. Forest Service land along the waterway. Seuss said it appears no oil got as far as the Little Missouri River, and no drinking water sources were threatened.

It's not yet clear why monitoring equipment didn't detect the leak, according to Wendy Owen, a spokeswoman for Casper, Wyoming-based True Cos., which operates the pipeline.

The Dakota Access pipeline builder, Texas-based Energy Transfer Partners, has said the project will be safe and that workers remotely monitoring the pipeline will be able to shut it down if a leak is detected.

Owen said didn't know how long it would take to clean the Belle Fourche spill, given that wintry weather was slowing down the progress, or how much it would cost.

Patty Jensen is aware of the glacial pace of oil spill cleanups. For more than three years, it's been part the couple's life.

"They are there working away 24 hours a day, seven days a week — it's pretty amazing," she said. "The noise from the equipment used to bug us but we've grown used to it." 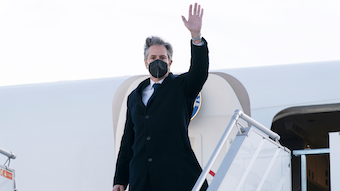